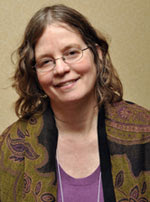 It has been barely over two months since the National Labor Relations Board enacted its controversial new rules to speed up union recognition elections and, already, union organizers appear thrilled with the progress.

Dubbed the NLRB’s “ambush-election rules,” the new rules went into effect on April 14th and are primarily designed to shorten union recognition elections from a then-median time of 38 days down to as little as 14.

The purpose, of course, is to give employers as little time as possible to respond to union organizing.

“Delay hurts,” says Kate Bronfenbrenner of the Cornell School of Industrial and Labor Relations, “because they [employers] can fire one more worker, or engage in five more captive-audience meetings or three more supervisor one-on-ones per person.”

It was Bronfenbrenner, the Director of Labor Education Research at the Cornell University School of Industrial and Labor Relations, a former union organizer and long-time union advocate, whose flawed studies have been used in pr-union propaganda to first, attempt to effectively eliminate secret-ballot elections through card-check legislation then, later, to argue for the so-called ambush election rule.

Since the new rules have gone into effect, the average NLRB election time-frame has been reduced to 24.5 days, according to a National Law Review article, with one NLRB region (Region 28 in Phoenix) as low as 18 days. 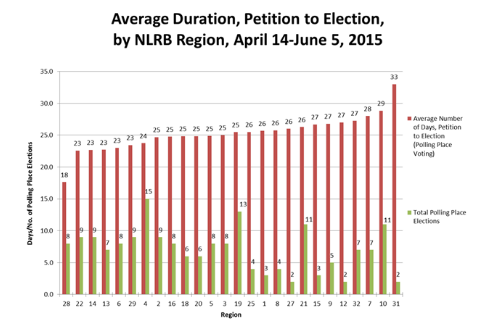 In a recent In These Times article, union organizers from different unions praised the NLRB’s new rules be stating how much easier their jobs had become:

Bill Zoda, for one, is impressed. Per diem nurses at Brooke Glen Behavioral Hospital filed on May 20 to join the Pennsylvania Association of Staff Nurses and Allied Professionals.

Ballots hit the mail June 9.In the past, “you don’t get an election that fast,” said Zoda, an organizer with PASNAP.

In Chicago, Leah Raffanti, an organizer with the Chicago Alliance of Charter Teachers and Staff, helped teachers and support staff at Urban Prep Academies, who voted 56-36 on June 5 to join Chicago ACTS.

“Before, we would have to convince the workers to hang in there while we settled these issues,” Raffanti said, “but now we can get ready for contract negotiations, which is more exciting.”

George Waksmunski, a field organizer with the United Electrical Workers who won a union election in May, told In These Times, “This election was faster than I’ve ever seen. About 30 days from the day we petitioned to the day we voted.”

Anne Luck, organizing coordinator for CWA District 1, is telling other organizers: when you file, make sure you’re prepared.

“You really don’t eat or sleep or do anything else for three weeks,” she said. “You really have to have all your ducks in a row. But it gives workers the best shot in the world to have a union.”

While it is too early to tell whether the NLRB’s new rules will make a dent in the overall decline of labor unions, for the short term, the rules are making union organizers’ jobs easier—which was the intent all along.