Highlighting the funniest line from Hillary Clinton's campaign relaunch ("We need to stop the flow of secret, unaccountable money."), author Peter Schweizer lays down the hurt on the Clinton Crime Family.

1. Why did Hillary Clinton approve the transfer of 20% of U.S. uranium to the Russian government, even as her family foundation hauled in $145 million from investors in the deal, and Bill received $500,000 from a Kremlin-backed bank for a speech in Moscow? 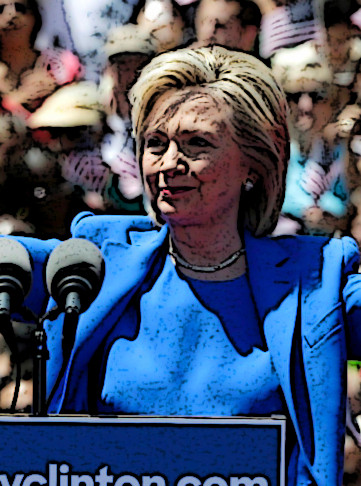 2. Why did Hillary Clinton allow top investors in the Keystone XL pipeline to pay her husband $1.8 million to deliver 10 speeches, even as she quietly shepherded an environmental impact study through her State Department that (surprise!) proved largely supportive of the pipeline?

3. Why did Hillary Clinton violate the memorandum of understanding she signed with the Obama administration promising to disclose all donors, including the foreign head of the Russian government’s Uranium One, Ian Telfer, who funneled four donations totaling $2.35 million to the Clinton Foundation that were never revealed?

4. How does HIllary Clinton explain the 2 million shares of stock foreign mining magnate Stephen Dattels gave the Clinton Foundation, even as her State Department allowed “open pit coal mining” in Bangladesh, where Dattels’ Polo Resources had a stake?

5. Why has Hillary Clinton released the names of only 24 of the roughly 1,100 hidden foreign Clinton Foundation donors, leaving 1,076 still secret?

6. Why did Hillary Clinton deliver eight speeches totaling $1.6 million in speaking fees paid for by two of the largest banks tied to the Keystone XL pipeline (in addition to the $1.8 million Bill bagged for the 10 Keystone investor-funded speeches he delivered during Hillary’s tenure as Secretary of State)?

8. Why did the Clintons’ family foundation receive millions from Qatar, as well as donations from FIFA, the soccer organization now enmeshed in a bribery and corruption scandal of global proportions?

9. Why did the Clintons create a secret “pass-through” company, WJC, LLC?

10. Which did Hillary’s State Department “approve $165 billion worth of commercial arms sales to 20 nations whose governments have given money to the Clinton Foundation” according to the International Business Times?

I can't wait for Hillary's campaign to implode.

Here's the one question I am waiting for an answer to...when is one non corrupted and honorable prosecutor going to charge this criminal? When exactly does that happen?

obat perangsang wanita said...
This comment has been removed by a blog administrator.
6:48 AM