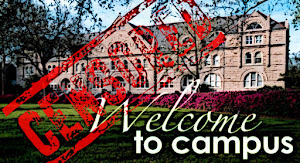 Under the Obama administration, the Education Department has pressured schools and colleges to restrict speech, including off campus speech, even when it is protected by the First Amendment, and is not severe and pervasive. It claims this is required by federal anti-discrimination laws such as Title IX and Title VI. It also expects colleges to investigate off-campus sexual misconduct by students, even though most federal appellate court rulings say schools have no such duty under Title IX.

As I recently noted in The Wall Street Journal, “the Education Department, where I used to work,” is

...pressuring colleges to adopt unconstitutional speech codes in the name of fighting sexual harassment. It has disregarded many court rulings in doing so.

For example, the Education Department has wrongly ordered schools to regulate off-campus speech and conduct. That contributed to the harassment charges against Prof. Laura Kipnis, who was accused over a politically incorrect essay she wrote in the Chronicle of Higher Education and statements she made on Twitter. Court rulings like Roe v. Saint Louis University (2014) reject Title IX claims over off-campus conduct, but the Education Department ignores them. It also ignores court rulings like Klein v. Smith (1986) emphasizing that the First Amendment usually bars public schools from restricting off-campus speech. For example, the Education Department told schools to regulate comments “on the Internet” in an October 2010 letter. In 2014, it demanded that Harvard regulate off-campus conduct more.

At Northwestern University, Professor Laura Kipnis was subjected to a bizarre Title IX investigation over an essay in the Chronicle titled “Sexual Paranoia Strikes Academe” (which hypersensitive students claimed offended them and constituted sexual harassment) and her subsequent statements defending herself on Twitter (which the students claimed constituted “retaliation” in violation of Title IX, even though she did not identify them by name). Kipnis was ultimately found not guilty.

Although it eventually became clear that nothing Kipnis did violated Title IX, Northwestern probably felt obligated to subject Kipnis to that chilling, lengthy, and extensive investigation due to improper mandates issued by the Education Department’s Office for Civil Rights (OCR), which make it hard to summarily dismiss weak or baseless Title IX complaints.

As I have discussed earlier, OCR issued such mandates in violation of the Administrative Procedure Act’s notice-and-comment provisions, a disturbing practice frequently committed by the Education Department. A federal appeals court in a different part of the country ruled in White v. Lee (2000) that lengthy, speech-chilling civil rights investigations by government officials can violate the First Amendment even when they are eventually dropped without imposing any fine or disciplinary action. But Northwestern is a private university.

OCR’s mandates wrongly extend Title IX to off-campus speech and conduct, and pressure colleges to investigate even if the speech or conduct alleged is not severe and pervasive. The Supreme Court's 1999 decision in Davis v. Monroe County Board of Education requires proof that conduct was severe and pervasive to violate Title IX, emphasizing five times that it must be “severe, pervasive, and objectively offensive.”

OCR, to the contrary, deems colleges liable for sexual harassment based on conduct that is merely “persistent” or “severe” or “pervasive.” Professor Kipnis may have been “persistent” in expressing her views, but there was nothing "severe" and "pervasive" about them, or the way she expressed them.

OCR sometimes expects colleges to nip harassment in the bud by taking draconian measures against speech that does not legally amount to sexual harassment, such as when it told the University of Montana in 2013 to investigate even speech that was not offensive to a reasonable person, much less severe or pervasive, as “sexual harassment.”

Prior to the Obama administration, a college like Northwestern would not have taken seriously a Title IX complaint over debate occurring largely off campus, like Kipnis's essay and tweet. They would not have felt obligated to even investigate such a weak Title IX complaint, because judges had often ruled that off-campus activity was simply beyond Title IX's reach, in decisions such as Lam v. Curators of the University of Missouri (1997) (which rejected a lawsuit against a university over a professor's alleged assault against a student) and Roe v. Saint Louis University (2014) (which rejected a lawsuit over an alleged student-on-student rape).

But OCR has disregarded such court rulings. In an October 26, 2010, “Dear Colleague” letter about school bullying and Title IX, it told America’s school officials that federal statutes such as Title IX and Title VI can require schools to punish students for “graphic and written statements” on the “internet,” and “web sites of a sexual nature.”

Prior to the Obama administration’s attempt to radically expand Title IX, a university would have viewed Kipnis's statements as obviously beyond the reach of Title IX because they were not “severe, pervasive, and objectively offensive” (as the Supreme Court’s Davis decision requires for Title IX harassment liability), and also because they were directed at the general public, not to the complainants (which made them protected by academic freedom and the First Amendment, under the logic of the Ninth Circuit Court of Appeals’ decision in Rodriguez v. Maricopa Community College (2011), which rejected a racial harassment lawsuit over a professor’s anti-immigration emails which were deemed to create a hostile educational environment.).

But in May 2013, OCR ordered the University of Montana to ignore the requirements in the Supreme Court’s Davis decision (that speech be severe, pervasive, and objectively offensive) in its internal Title IX investigations of harassment and retaliation. Kipnis’s university, Northwestern, apparently heeded OCR's censorial instructions to the University of Montana in adopting the overly broad definition of harassment cited by the complainants who sought to silence Kipnis. Moreover, in May 2014, OCR told Tufts University to change its harassment policy to reach even statements not “directed at a specific person or persons.” That, too, opened the door to harassment charges over commentary and discourse such as the newspaper essay written by Professor Kipnis.

As one observer notes, since 2013, “the Office for Civil Rights has sent conflicting signals ever since then about whether the definition it urged on the [University of Montana] should be adopted by all colleges, or need not be (sometimes suggesting it is a blueprint for all colleges, and sometimes not), but it is not surprising that colleges that want to avoid a Title IX inquisition have adopted it to avoid potential harassment by the Office for Civil Rights, as many in fact have,” resulting in draconian restrictions on speech at some colleges, as the Foundation for Individual Rights in Education has noted.