You may remember the Dubai Ports World controversy, but while that deal became a high profile controversy because it happened under Bush, another UAE company has moved in on an even more significant port. 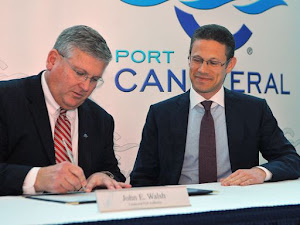 Port Canaveral is home to critical national security operations and infrastructure. A plethora of space and defense installations and programs, many of them highly classified, are situated either inside the port or within the immediate vicinity:

The Democrats who objected to the DPW deal have kept quiet and waved it through.

Questions have been raised about the role of the Clintons in the deal and the company’s role in Islamic terrorism. Now some citizen activists have come out to protest.

Keeping pressure on the Clinton Crime Family and exposing its international connections is vital right now.