Massive confusion is created around the issues of Islamophobia where young vulnerable Muslim youth are made to believe that they are targets of an institutionalized hate-mongering campaign against Islam and Muslims.

Let’s be clear that Islamophobia is a growing, well-funded, well-“oiled” industry which is being used as a lethal weapon against the West. 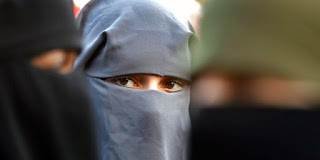 As usual, massive confusion is created around the issues of Islamophobia where young vulnerable Muslim youth are made to believe that they are targets of an institutionalized hate-mongering campaign against Islam and Muslims.

These naïve Muslims are not informed that Islamophobia was created in the 1990s, when U.S. Muslim Brotherhood groups decided to “play victim” for the purpose of “beating down critics.”

They seem to have succeeded in “beating down critics” because there is an intentional muzzling of debate and discussion about Islam and Muslims. Any criticism against acts by Muslims is immediately dubbed “Islamophobia,” which petrifies the non-Muslim community into silence.

Recently in Ontario, Canada, there has been a challenging debate going on about a new sex-ed curriculum to be introduced in schools. Many religious groups are rallying against the program, including. In an interview with Joe Fiorito of The Toronto Star, Samira Kanji, who is President of the Noor Centre in Toronto (a Muslim place of worship and Learning), is quoted as saying, “I think the charge is being led by conservative Christian groups. For Muslims who join with them I say, be wary – you can’t have common ground with people who otherwise hate you.”

Should this be called Christian-o-phobia? I don’t hear any cried of dissent or victimhood from the conservative Christian community who have just been labelled as hate mongers by Kanji.

It seems there are double standards. Muslims can resort to racist rhetoric, but if anyone else speaks out against acts by Muslims, they are Islamophobic. This is obvious when there is no mention about the rise in antisemitism at places of education. (According to FBI crime statistics, of religious-oriented hate crimes, 62 percent are directed against Jews, and only 12 percent -- a distant second -- are directed against Muslims.)

The fact is that people of all faiths, at some point or the other, have disliked people who are not part of their own faith. History shows us that religious wars and conflicts have caused great rifts between the faithful. Some continue till today. There is criticism, bigotry, ridicule and satire against all the major religions of the world – not something I personally condone. While I firmly believe in freedom of speech, the reality is that bigotry does happens. Does this weaken any religion? No. Those who are deeply embedded in their faith and traditions don’t allow hecklers to dislodge them.

However, the only community that does not allow debate, discussion or critique are the Muslims who are led by Islamist organizations who believe that muzzling the truth gives them more control over the masses.

The attitude that is being propagated to the general Muslim public is that we are right: We are the chosen ones; our religion is the only true religion and we are under attack by the West.

So how does this play out in real life?

Let’s look at Muslim-upon-Muslim hate and violence. Most Muslims from one sect don’t accept or like Muslims from other sects to the extent that it can be played out in physical attacks on the minority Muslim group.

How is it then, that at Islamophobia conferences, the panelists don’t speak out about “Shiite-phobia,” “Ahmadi-phobia” or “Ismaili-phobia?” All three of these minority Muslim communities have had numerous people killed by other Muslims in the name of sectarian violence? I would call this “Other-Muslim-phobia” or “Minority-phobia.”

On June 6, 2015, a conference was held at a library in Mississauga, Ontario titled “Addressing Today’s Islamophobia.” In a report on the conference, Noor Javed, a Toronto Star reporter begins her story by writing, “Muslims across the GTA are feeling the effects of anti-Muslim sentiment in their day-to-day lives, spurred on by the rhetoric and policies of the Conservative government, but are too scared to speak out against it.”

Hussein Hamdani is quoted as saying, “They [Harper Government] want Canadians to be afraid of Muslims.” Hamdani is a lawyer who has worked with the Canadian government on anti-terror strategies as part of the cross-cultural roundtable and was later removed after reports that he had ties to radical organizations. He is also quoted as saying, “They can benefit if Canadians fear Muslims.” Is it a surprise that Mr. Hamdani believes Islamophobia is in the air?

Interestingly the main focus of the Islamophobia conference was to slam the current government which has introduced anti-terror legislation in the form of Bill C-51 and Bill S-7 which is “Zero Tolerance for Barbaric Cultural Practices Act.” Obviously these are considered “Islamophobic” laws.

Panellist Khadijah Kanji complained that the government has dedicated vast amounts of money to honor-based violence when, according to her, only 17 women in Canada have been victims of honor-based violence.  She says, “We are not just victimizing people, but we are hurting our entire societies by wrongfully allocating scarce resources.”

So now the Canadian Government, in its attempt to curb terrorism and violence against women, is also dubbed Islamophobic? None of the panellists mentioned that in a democracy, new laws are discussed and debated at length before they are implemented. There was no mention of the fact that the Canadian Prime Minister clearly said that Islamists – not Islam – is the biggest threat to Canada. Many Muslims say the same. So is truth considered Islamophobia?

How is it that these privileges are never brought up at these conferences? It’s all about a rant to promote victimhood and more unreasonable accomodation.

Along with liberal, human rights-loving Muslims, most Canadians dislike acts of terrorism against a land we all call home; they shun the violence against women; they abhor honor-based crimes; they are uncomfortable with a push for over-accommodation and face coverings; they reject a parallel set of laws being pushed and most of all they want everyone to live and let live.

This is common sense – not Islamophobia!

Raheel Raza is an award-winning author, journalist, and filmmaker on the topics of jihad and sharia. She is president of The Council for Muslims Facing Tomorrow, and an activist for human rights, gender equality, and diversity. She is one of nine women's rights activists who took part in Clarion Project's film "Honor Diaries" which breaks the silence on honor violence against women. Read more at Clarion Project.

It isn't islamophobia when they really are trying to kill you.