For more than a decade, one of my relatives has trained at Sonny Kim's dojo, eventually earning a Black Belt. Later he became a part-time instructor and grew close to Kim. He's heartbroken over reports that Kim was shot and killed early this morning in the line of duty.

...Cincinnati police Officer Sonny Kim, 48, a husband and father of three boys, died after being shot while responding to a call of a gunman acting erratically Friday morning... 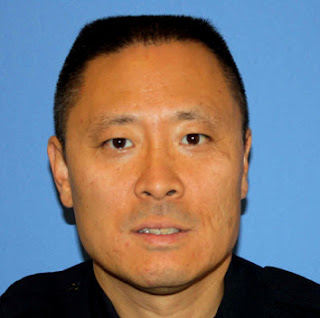 Kim, a 27-year veteran of the Cincinnati Police Department also worked as the owner and main karate instructor at the Japanese Karate-Do dojo in Symmes Township.

“CPD lost one of our best today," Police Chief Jeffrey Blackwell said. "We lost a brother, but right now my heart is broken more for his three boys who lost a father and his wife who lost a husband.”

Councilman Yvette Simpson said Kim exemplified what it means to be a community officer.

Kim’s record with the force paints a picture of an officer who had great initiative and resolve and also care for the public... Some of the comments in his file of particular note include instances where Kim apprehended a man armed with a knife, peacefully resolved a standoff situation and rescuing a man who jumped from an I-275 bridge.

City officials sent out a list of his commendations including the following:

Cincinnati city officials said Kim grew up in Chicago after immigrating to the United States. He moved to Cincinnati in 1986 to attend the University of Cincinnati. Kim was accepted into the Police Academy in 1987. 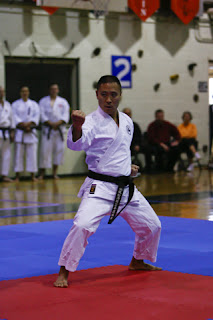 ...Kim was a lifelong karate practitioner who started training at the age of 7 in Korea. He detailed his experiences in martial arts in an interview with The Shotokan Way.

Kim told interviewer Shaun Banfield that he originally started with Korean Karate before transitioning to Japanese Karate after moving to Cincinnati.

When asked if he felt karate had a place in the modern world, Kim spoke about his experience as a police officer.

Banfield went on to ask how Kim dealt with stressful situations as a police officer.

Kim responded saying, “As a police trainer we have a saying which is, ‘You will perform how you train.’ One must train hard and under pressure in a realistic environment.  In the USA, most of our police tactical training deals mainly with firearm encounters.  Having an assailant with a firearm will put you under some emotional and physiological duress.   Back to karate-The point I want to make is you must also train your karate under pressure, consistently and physically hard to have a better chance to overcome and survive under duress.”

Kim reached the level of sixth dan or “rokudan” during his time as a martial arts instructor. He was also an instructor and examiner for the World Traditional Karate Organization.

I had met Kim on multiple occasions: soft-spoken, well-liked, respectful, and a real man in every sense of the word.

We will miss you, Sensei. Godspeed.

Why is it we only hear of these honorable people after they have died? We need to recognize and shout their names and examples from the mountain tops instead of Kardasian this and tranny that. Where is the news media, old school, cable and now internet when we need them most? We need to blow all the crap off the air.

My condolences to the family and friends of the fallen officer. He sounds like one heck of a guy.