The Clinton confidant under scrutiny on Capitol Hill over detailed Libya memos he sent to then-Secretary of State Hillary Clinton told lawmakers earlier this week he has been pulling in $200,000 a year from Clinton ally David Brock's media operation... 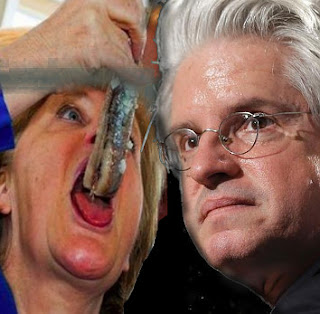 ...Politico.com first reported that Republicans grilled Blumenthal on his work for Brock's groups. But while the report said Blumenthal was making more than $10,000 a month, congressional sources say he acknowledged during the deposition he actually had a $200,000-a-year contract... The money was in addition to the $10,000 a month he was getting for work with the Clinton Foundation.

The Brock-founded groups are not actually part of the Clinton empire, though Brock is a Clinton ally. The source said Blumenthal has been working with Media Matters, American Bridge and Correct the Record. Another congressional source, though, told FoxNews.com the contract was specifically with Media Matters.

...[Emails] to Clinton linked several Media Matters posts on Benghazi, essentially defending the State Department. ... FoxNews.com is told one of them read: "Got all this done, complete refutation on Libya smear." The email said, "Philippe can circulate these links." Philippe Reines was a senior adviser to Clinton.

Asked for comment on the deposition, and on Blumenthal's payments, Brock blasted the committee's latest inquiry.

As I discovered in 2014, the White House and Media Matters conspired to target conservative media personalities (even thirdrate bloggers like me).

George Soros, Media Matters, Hillary Clinton and Barack Obama are all members of the same team.

And America's demise is their only goal.

Is there really any doubt that the communist Soros is the money behind the democrat/communist media sycophants and Killary? It's not that difficult to figure out.