At least one American Senator is willing to speak truth to power. 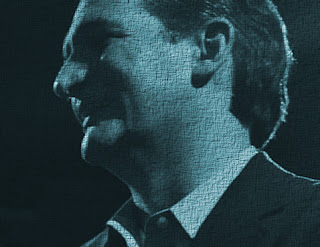 Cruz, a Texas senator, did not mention any current high court members by name in remarks on the Senate floor. But his speech included a thinly veiled reference to Roberts, part of the court majority that upheld tax credits that defray the cost of coverage for lower-income individuals nationwide.

"These justices are not behaving as umpires calling balls and strikes. They have joined a team," the Texas lawmaker said.

At his Senate confirmation hearing a decade ago, Roberts said, "I will remember that it's my job to call balls and strikes and not to pitch or bat."

Cruz also said the late Chief Justice William Rehnquist — whom Roberts succeeded — "would be filled with sorrow at what has become of the Supreme Court of the United States."

...He said the decision was "judicial activism, plain and simple," and said the court spoke for "nakedly political reasons ... They are lawless, and they hide their prevarication in legalese."

While Cruz did not explain his reference to "robed Houdinis," Harry Houdini was an early 20th-century magician who specialized in escaping from jails, straitjackets, coffins and other seemingly inescapable surroundings...

During its original framing, the Constitution was intended to represent a straitjacket on the federal government.

The bounds have been slipped. The American Republic is no more.

America now in 3rd World Banana time .. Republicans get a landslide win in 2014 from Conservatives .. but they vote with Obama and Democrats ....Republicans ignoring the will of the people
Supreme Court Imitating the old soviet union .. ruling on basis of political , economic opinions . not legal
Obama usurping the Constitution yet Washington GOP still gives Obama money to spend on illegal programs .. Border wide open for anyone .. Rinos silent

Only a new comer like Trump can right this failing Country
Wishful thinking that Americans are going to be stupid again , to vote for republican rinos in 2016, after being lied to, in 20i4

The main root of ObamaCare is the government's self-given power to create near-infinite amounts of money out of thin air by which to pay for services that cost more than the average taxpayer is willing to pay. We would not be in this mess if government was so restrained by the amount it could spend that it could never entertain going down the road toward single payer health insurance, let alone have billions to waste on setting up a new system.

When an Article V convention of the States is held, the first order of business is to revoke the ability of government to create near-infinite amounts of money out of thin air. Government must be limited to spending only the amount that taxpayers are willing to send in.

Second issue would be to change the life tenure of federal judges to require that they stand for a retention every eight years. That way we can purge the judiciary of judges who are unwilling to stick to the plain meaning of the plain text. We could finally get rid of odious justices. I can think of 6 right now.

Abraham Lincoln had it right. This country can not fall from an outsider. It will fall from within.

See what happens when you do not vote, You take no interest in the affairs of government? You do not want to be bothered because your too busy? Things like jury duty are below you?

Now Amerika is going to pay for electing such poor leaders.

We do not deserve freedom any more.

The Washington Obama Republicans are disconnected from American voters .... there will be payback for the phony Conservatives and rinos in 2016.

Poor leaders are either bought by big money or driven to tear down America for being too strong......... No need to waste time following the Washington Congress leaders they are just democrats

To Anonymous: "See what happens when you do not vote ..." Well now. After everything you have seen, you still believe that voting solves anything? Voting doesn't mean Sheeeeeeeeeeeit!