Anyone know of a good outplacement service for Harry Reid?

The latest Mason-Dixon Poll released by the Las Vegas Review-Journal shows Reid up 1 point, 45-44... [but] Reid still is only polling at 45%, an abysmal number this late in the game for a multi-term incumbent [and d]espite two months of pummelling Angle, Reid still has higher negative numbers...

...Reid is in trouble, and his team knows it.  Expect even more over-the-top attacks on Angle, but it will not help.  Reid is a fully known quantity, and people know they don't like him.  That will not change.

...[Also,] the NRA will not be endorsing Reid, with Reid's support of Elena Kagan as one of the motivation factors.

I don't think Nevadan voters will be fooled by Reid's hyperbole. Since he and his liberal colleagues have taken control of the Senate, they have given us: 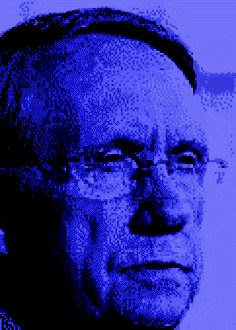 • Three straight years of job losses with an unemployment rate that has more than doubled to nearly 10%;

• A national debt that has ballooned to over $13 trillion, an astronomic increase of 60%;

• A $787 billion pork- and boondoggle-laden "stimulus" bill in 2009, which did no stimulating of the economy and has only prolonged economic recovery;

• Record high home foreclosures that the American taxpayer is on the hook for because of misguided economic policies;

• Another "jobs bill" that cost taxpayers $18 billion, yet created no "jobs";

• The $700 billion TARP bill to bailout banks that couldn't balance their books; and

• The 2,000+ page health care takeover bill, which leaves the American taxpayer on the hook for another $2.6 trillion to pay for this new "entitlement."

Stimulus. TARP. ObamaCare. These three words will be written into the political obituaries of politicians who voted for these programs – and should definitely be branded onto the political epitaph of Harry Reid.


Linked by: Michelle Malkin and Gates of Vienna. Thanks!