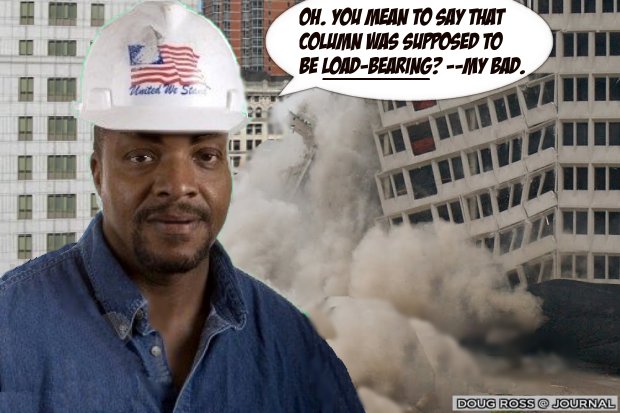 
Linked by: Don Surber. Thanks!

The only problem with this, having worked with Union Labor in the NYC area, money is their deal.

Sorry, for the right funds, they will absolutely build.

These are the same who vote for Hillary Clinton, to game the system for bigger money.

They vote Democratic Party every time, to grease their own greed.

While the rest of us take it on the chin.

Not when it comes to money.

Obie teh Won will hold a beer sumit to iron out the details, then every swinging dick in NYCs unions will fall in line to do the bidding of the dems as usual. Its like all the oposition to Obamacare. In the end the party line passed it.