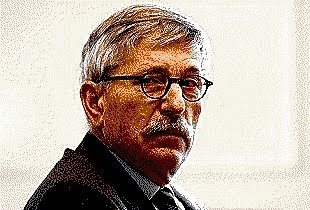 German Bundesbank executive Thilo Sarrazin has sparked a new uproar by saying that "all Jews share a common gene" and also attacked the Basques in Spain the same way in a newspaper interview.

This comes only a few days after Sarrazin came under fire in Germany for using shock talk about the country's Muslim immigrants, Turks, Middle Easterners and Africans when he presented a new book... whose title translates as “Germany Eliminates Itself,” sparked a heated debate. A spokesman of the Bundesbank so far only said that the book is Sarrazin's personal opinion, not exactly distancing itself from Sarrazin's xenophobic bouts... A spokesman for chancellor Angela Merkel began his Sunday with expressions of outrage.

Sarrazin is still on the job after an interview with conservative German Sunday paper "Welt am Sonntag" where he extended his attacks to Jews... Deutsche Welle reports:

"All Jews share a particular gene," Sarrazin said in an interview. "That makes them different from other peoples."

...The Jewish community in Germany reacted with indignation to Sarrazin's attempts at racial profiling... Whoever tries to define Jews by their genetic makeup, even when it is superficially positive in tone, is in the grip of a race mania that Jews do not share," said Stephan Kramer, secretary of the Central Council of Jews in Germany.

Say, if Germany could only create a master race, a genetically pure group of citizens, then perhaps a bold leader could spearhead the launch of a thousand-year renaissance of enlightenment...

at 5:34 PM
Email ThisBlogThis!Share to TwitterShare to FacebookShare to Pinterest
Labels: extremism, World

How ugly and pathetic can it be...

And we see major amounts of pathetic Antisemitism, coming from Americans comprising the Democratic Party.

I dont' see the "attack." Jews do share common genetic markers that they also share with other Semitic peoples. There must be more to the quote than you posted.