Sacrilege: The Obama-Holder 'Justice' Department Won't Pursue Trial of USS Cole Bomber, Plus: a Memo to Ace Regarding the NRSC

The Washington Post's Peter Finn reports that the Obama administration has decided not to prosecute the apparent terrorist mastermind behind the USS Cole bombing in 2000. Abd al-Rahim al-Nashiri had been accused of orchestrating the attack that killed 17 American sailors aboard the Cole ten years ago.

The decision at least temporarily scuttles what was supposed to be the signature trial of a major al-Qaeda figure under a reformed system of military commissions. And it comes practically on the eve of the 10th anniversary of the attack, which killed 17 sailors and wounded dozens when a boat packed with explosives ripped a hole in the side of the warship in the port of Aden.

In a filing this week in the U.S. Court of Appeals for the District of Columbia, the Justice Department said that "no charges are either pending or contemplated with respect to al-Nashiri in the near future."

..."It's politics at this point," said one military official who spoke on the condition of anonymity to discuss policy. He said he thinks the administration does not want to proceed against a high-value detainee without some prospect of civilian trials for other major figures at Guantanamo Bay...

...With the 10th anniversary of the Cole bombing approaching on Oct. 12, relatives of those killed in the attack expressed deep frustration with the delay... "After 10 years, it seems like nobody really cares," said Gloria Clodfelter, whose 21-year-old son, Kenneth, was killed on the Cole.

A Memo to Ace

Much as I enjoy the verbal stylings of Ace, he is dead wrong when he claims a "third party is the only way" because a particular funding arm of the Republican Party (in this case, the NRSC) went off the reservation. 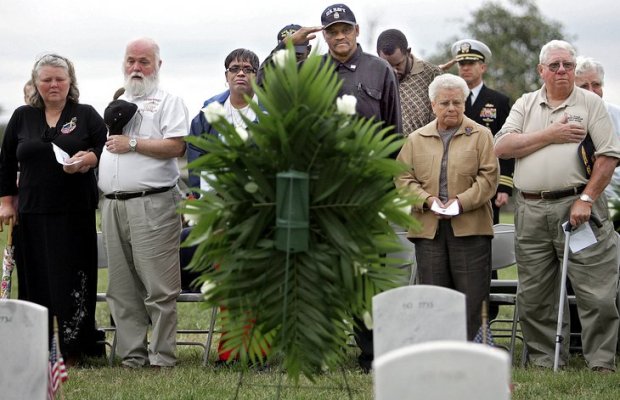 A third party represents a fit of petulance that throws our warriors, our law enforcement personnel, our first responders, our children and our grandchildren to the wolves of Statism.

Who could advocate for such a thing, when the only tactic available to us is to overthrow the Beltway GOP? We've won some (Angle, Bennett, ...) and lost some (McCain), but we've battled hard to send more conservative Republicans to Washington.

A third party? Ace, have you been smoking crack?

Do you want Darrell Issa, bless his heart, to investigate the raw criminality that has infected the Democrat leadership? If not, vote for a third party. 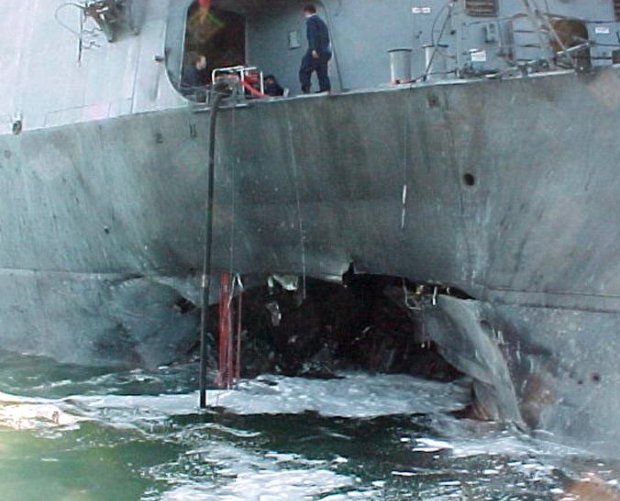 I don't give a crap what the NRSC did in the Alaskan primary.

They are clueless little Beltway hacks -- and we can dispense with them after we crush the people destroying our Republic.

If you feel the GOP can be rehabilitated, fine. But there is too much social justice- morality legislating baggage associated with them for me. They can't ever stay focused on the Constitution.

I love Doug AND Ace and hope to God that you make peace way before anything happens like when C Johnson went off the rails.

Battered wife syndrome has someone staying with an abuser generally with the excuse it will be worse anywhere else.

If you want to be the Republican party's bitch go right ahead, free country and all, but don't dare tell me I'm wrong to stand on my own two feet and slug it out.

The real 3rd party is fired Rep incumbents in the unemployment line, where they can network with each other.

@miranda --- no chance of that happening. i'm not a pimple on ace's ass in the grand scheme of things, plus i agree with him on 99.81% of things.

@anonymous --- "don't dare tell me I'm wrong to stand on my own two feet and slug it out." (brave words from a man who won't use his own name)

@Harry --- you are absolutely right.

Amen Doug and Harry --- besides 3 or more parties can't work in an electoral college or plurality-wins system. Liberals will ruin our economy and liberty before the tide can turn.

I read ace as being sarcastic in the Chad Garrison kind of way.

Social justice-morality legislating? BS. that is not a valid reason for not supporting the GOP because no legislation like that is possible even if they take the house, because the GOP is roughly split on those issues. anyone at this point who feigns a squemishness about voting for the GOP is a fraud. We're at the gates of hell and there is only one way out. if there are Republicans that are rinos who must go, fine. dump them overboard in the primary if you can. but voting democratic is treason at this point. its not an option and neither is a third party.

The likely scenario is that the GOP will sweep to power and there will be gridlock for the next two years.

In the meantime our fiscal house of cards will collapse and the GOP will take the blame.

Enjoy the the Hope you are investing in the GOP while you can. You will be bitterly disappointed.

I felt as you did in 1994. Had high hopes the GOP would roll back the size of government. My hopes were no more than a fantasy. It won't be any different this time.

I think that I'm willing to give the GOP this last chance... but if they blow it, I'm going Libertarian again.

I'll vote Republican holding my nose in most cases ... The alternative is the ONLY reason I have to vote that way. Fire Pelosi and crew, start the repairs and then elect the right people.

This is pure sanity, in the face of utter fashionable frustration and sophistry.

It is predictable, for any of the 'know it all' sideline cynics, to get in the same positions in Washington, and be just as fallible.

That is human nature, nothing is perfect, thus a firm understanding of what Conservatism is all about.

Creat a 3rd Party? The Reform Party showed the honest intent of some to help the Nation, proved even MORE inept and foolish than those in the Republican Party.

There is a very foolish fashionable dogma, that simply is NOT Conservative, for it is simple not objective about the Republicans.

Get a grip, we have again great opportunity. Level heads are the ones who best lead the way, or we will again enable the very worst.

Get the best you can in a primary, do NOT vilify and turn others away in the process, and grow your movement with proven WFB, REAGAN, FRIEDMAN substance.

Third party will get you third place. You know what third place gets you in the next 2 1/2 years?
Progressive policies that could very well never be undone.
Take Republicans for now just to stop Obama and work on the conservative revolution while facing the lesser of two evils.
We would at least have time to focus without worrying about completely losing the country.
3rd party is ridiculous.