Set the Anger Level to Boil 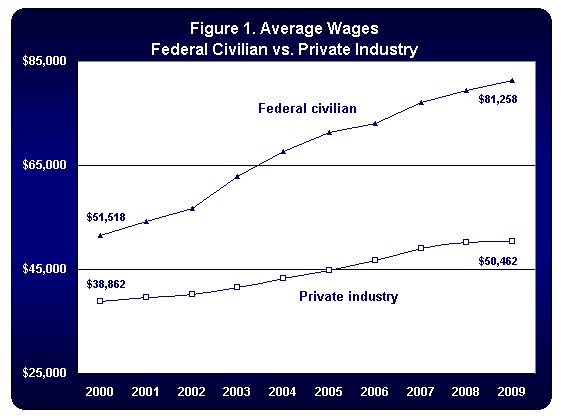 In terms of raw wages, federal workers are making 38% more than their private sector counterparts. 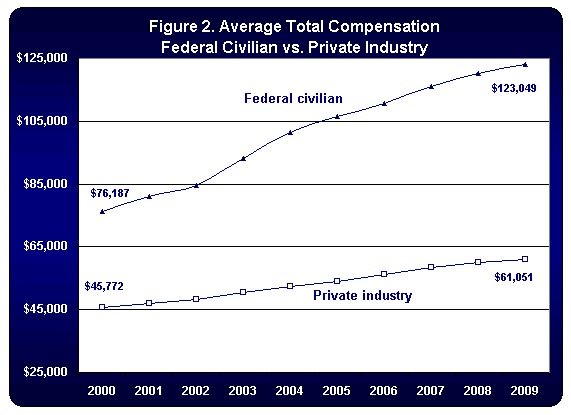 Figure 2, which I like to call They're Really Making More Than Double, tallies federal workers total compensation -- including benefits -- against those of the taxpayers. 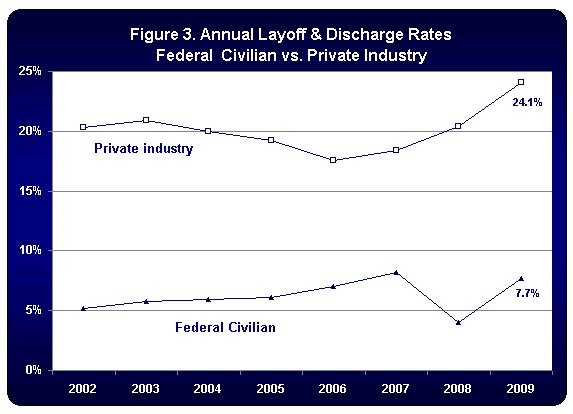 The idiot race-baiter Shirley Sherrod was right when she said, "you never get fired from a government job". Compare the federal termination rate -- the total of discharges and layoffs -- with that of the private sector. Private workers are more than three times likely to lose their jobs. 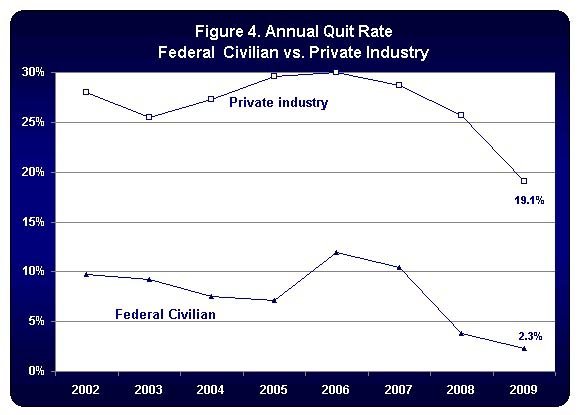 Finally, Cato observes that the "quit rate" is a good indicator as to whether compensation is overly rich. Private workers quit their jobs more than eight times the rate of federal workers.

Well, I've got one more factoid for you: Obama and the Statist Democrats want even more of your money. Even if they lose the election in November, they intend to pass new energy taxes, try to jam through a VAT tax, and slam in a mandatory unionization bill called "card check".

In other words, no matter how much money they take from you, it's never enough.

You had better vote in November if we have a prayer of stopping this madness. I've got a few suggestions as to how we can attack the Democrats' purely evil lame-duck intentions -- but only if we can take one or both houses of Congress in the fall. Those will be posted shortly. Remember November.

You need to add some fuel to the fire.

Union Pension Bailouts
"If passed, the bill would use tax payer dollars to shore up some underfunded union pension plans. The use of public funds to insure private pension plans is a first for PBGC which has not used public moneys in the past.

There isn't any money to pay Social Security and let the taxpayers are to take on all the union pension liabilities. The money that unions should have been putting into their pension funds have been going into the Democrat party.

The RATS have calculated the new amounts coming from next years tax increases and they are spending it.
Let them pay it back. I want no part of it.

If you love State and local sales taxes.
If you love federal and state income taxes.
If you love fees and dues.......
You're going to LOVE Value Added Tax!!!!!
VAT: Is a Cash cow for politicians hell bent on spending taxpayer dollars so they can stay in office forever.
Want to keep your freedom from an ever growing gov't??
Kill the VAT and demand term limits for all politicians.
Or just bend over and take it like a good little drone.