Also known as The Daily Outrage.

It's unbelievable but true: the imam of the projected Islamic supremacist mega-mosque at Ground Zero, Feisal Abdul Rauf, is on a grand tour to Qatar, Bahrain, and the United Arab Emirates - paid for by the U.S. State Department with taxpayer money. 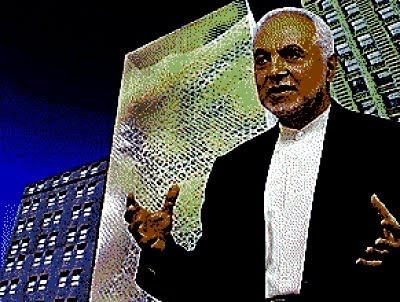 ...documents from the Department of Homeland Security (DHS) that detail a two-day meeting on January 27 and 28, 2010, between DHS Secretary Janet Napolitano and Arab, Muslim, Sikh, and South Asian "community leaders." The documents include a list of participating individuals and organizations, some with controversial radical ties, including: 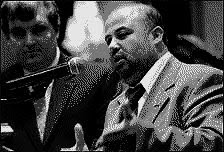 • Imad Hamad, Midwest Regional Director of the American Arab Anti-Discrimination Committee. According to press reports, Hamad is connected to the Marxist-Leninist terrorist group Popular Front for the Liberation of Palestine, and has financially supported the Islamist terrorist group Hezbollah. In a television interview in 2002 on Fox's Detroit affiliate, Hamad supported a Palestine Authority TV program that urged children to become suicide bombers, calling the program "patriotic."

• Salam Al-Marayati, Founder of the Muslim Public Affairs Council (MPAC): According to press reports, Al-Mayarati has long been criticized for his extremist views and statements. In 1999 former House Minority Leader Richard Gephardt (D-MO) withdrew his nomination of Al-Mayarati to the National Commission on Terrorism because of Al-Mayarati's extremist politics

One of the organizations that attended the meeting, the Islamic Society of North America (ISNA), was named as an unindicted co-conspirator by the federal government in a plot by the now-defunct Holy Land Foundation to fund the terrorist group Hamas.

Obama: No, Wait a Minute. I do Endorse THAT Ground Zero Mosque. 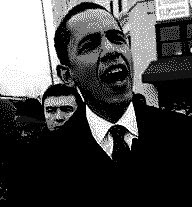 At the iftar dinner, Obama cast his vote with the mosque builders. And then he pulled back.

And then he had his spokesman pull back the pullback. “Just to be clear, the president is not backing off in any way from the comments he made last night,” the White House’s Bill Burton said Saturday. “It is not his role as president to pass judgment on every local project. But it is his responsibility to stand up for the Constitutional principle of religious freedom and equal treatment for all Americans. What he said last night, and reaffirmed today, is that if a church, a synagogue or a Hindu temple can be built on a site, you simply cannot deny that right to those who want to build a mosque.”

But it's all very real. And the consequences will literally shake the foundations of this country unless we can begin reversing course in November.