So It Begins: DHS implements 'Backdoor Amnesty' and other startling immigration stories our beloved legacy media forgot to report

At the intersection of incompetence and ideology lies a crossroads called Legacy Media. 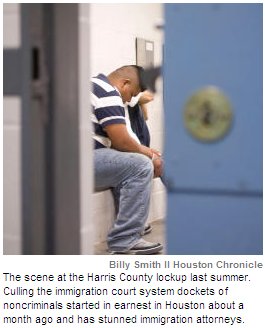 The Department of Homeland Security is systematically reviewing thousands of pending immigration cases and moving to dismiss those filed against suspected illegal immigrants who have no serious criminal records... Critics assailed the plan as another sign that the Obama administration is trying to create a kind of backdoor "amnesty" program...

"They've made clear that they have no interest in enforcing immigration laws against people who are not convicted criminals," said Mark Krikorian, executive director of the Center for Immigration Studies, which advocates for strict controls.

"This situation is just another side effect of President Obama's failure to deliver on his campaign promise to make immigration reform a priority in his first year," said U.S. Sen. John Cornyn, R-Texas. "Until he does, state and local authorities are left with no choice but to pick up the slack for prosecuting and detaining criminal aliens."

...Tre Rebsock, the ICE union representative in Houston, said even if the efforts involve only a fraction of the pending immigration cases, "that's going to make our officers feel even more powerless to enforce the laws." 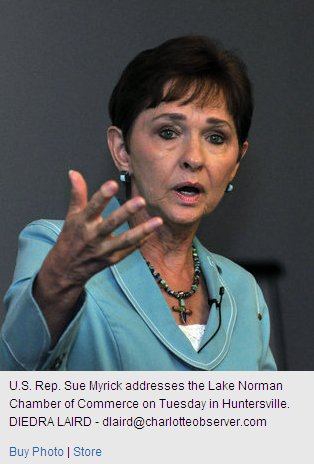 Republican U.S. Rep. Sue Myrick warned a Huntersville audience Tuesday about the dangers of "homegrown terrorism" and new Iranian inroads into the Americas... [it was] when she was asked, "What keeps Sue Myrick up at night?" that her voice rose... "I'm extremely concerned about Iran and the situation in the Middle East," she said. "People don't want to face the fact that we have terrorist organizations operating in this hemisphere and this country."

Myrick, a member of the House Intelligence Committee, said she's disturbed by reported activities in this hemisphere by the Lebanese-based Islamic group Hezbollah, seen by many as an Iranian proxy... Myrick repeated what she wrote in a June 23 letter to Homeland Security Secretary Janet Napolitano: that Hezbollah has increased its cooperation with Central American drug cartels and poses a threat to security on the southern U.S. border.

Myrick said she worries about Iranians learning Spanish and slipping through the border.

But Homeland Security spokeswoman Amy Kudwa said Tuesday that, "At this time, DHS does not have any credible information on terrorist groups operating along the Southwest Border."

Myrick also expressed her frustration with the case of Samir Khan. He was the former Central Piedmont Community College student who ran a radical blog from his parents' Charlotte home... Intelligence sources said last month that they believe Khan is the top editor of "Inspire," an online magazine designed as a recruiting tool for the group al-Qaida in the Arabian Peninsula... The first issue contained elaborate graphics and articles titled, "What to Expect in Jihad" and "Make a Bomb in the Kitchen of Your Mom. 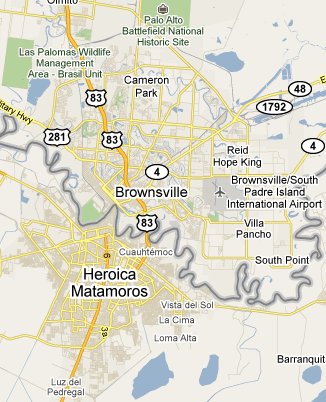 Mexican marines found the dumped bodies of 72 people at a rural location in northern Mexico following a shootout with suspected drug cartel gunmen that left one marine and three suspects dead, the Navy reported late Tuesday.

The cadavers of 58 men and 14 women were found at a spot near the Gulf coast south of the border city of Matamoros. It appears to be the largest drug-cartel body dumping ground found in Mexico since President Felipe Calderon launched an offensive against drug trafficking in late 2006...

...The area has been wracked by bloody turf battles between the Gulf drug cartel and their one-time allies, the Zetas drug gang.

In May, authorities discovered 55 bodies in an abandoned mine near Taxco, a colonial-era city south of Mexico City that is popular with international tourists... In July, investigators found 51 corpses in two days of digging in a field near a trash dump outside the northern city of Monterrey. Many of those found were believed to have been rival traffickers. But cartels often dispose of the bodies of kidnap victims in such dumping grounds.

More than 28,000 people have been killed in violence tied to Mexico's drug war since the offensive began.

Perhaps one day, we'll open up our local newspaper to see all of these stories reported fully and accurately.