Is there a more bald-faced liar in America than Chris Van Hollen (D-MD)? Based upon this performance, I think not. 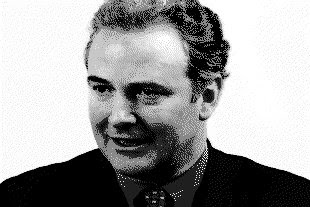 Van Hollen... accused Republicans of "already popping the champagne bottles" ahead of the November election and reiterated his confidence that Democrats would keep their majority in the House... "reports of the House Democrats' demise are greatly exaggerated... The energy level is rapidly rising on the Democratic side... Most of the activity in these campaigns will take place in the next nine and a half weeks."

...Van Hollen pushed back against [the Republican] narrative Friday in an appearance at the National Press Club, telling reporters it is "very clear that Democrats will retain their majority" in November... [he said] Republican candidates in key swing districts as "to the far right of the political spectrum," and predicted they would prove "not a good fit for our moderate swing districts."

"I'm not suggesting that the American people are bullish on either party," said Van Hollen. "What I am suggesting is that they have got more confidence in Democrats than Republicans."

Is there a fine line between wishful thinking and delusional?

Why would any human being have any confidence in a Democrat?

Well they do have dead people voting for them and pretty soon the illegals will join in after they grant them amnesty....

Today, Barack Obama tried again to take credit for the success in Iraq.

Like the lies of Van Hollen, the lies of Obama today regarding Iraq, were simply so overt, they produced laughter.

Obama thinks the American Public is this stupid?

Democrats think we are all just a bunch of morons?

Obama opposed every aspect which produced success in Iraq, and much of what has been successful in this Global War On Terror. He voted against the Surge, so did the vast majority of Democrats. He did not campaign against 'ending the war' but in surrendering the Iraqi People to utter chaos.

He was advocating against the fight for the Liberty of others, told the American Public we should never "meddle".

Obama and his Administration have simply followed the Bush PLANS to draw down in Iraq, deals made with the FREE IRAQI People, after the victory created by the SURGE. Obama and the Democrats had NOTHING to do with it.

And even than, Like VAN HOLLEN, Obama lies about the 50,000 US Troops still in Iraq.

NO class to mention GW Bush, no guts to offer some reality, for to do so would probably expose Obama as being utterly wrong.