This should help the unemployment rate

The Washington Post reports that the Obama Justice Department has filed yet another lawsuit in Arizona. This one is intended to intimidate employers into more permissive hiring practices, which will translate into more jobs for illegal aliens. And therefore more undocumented Democrats. 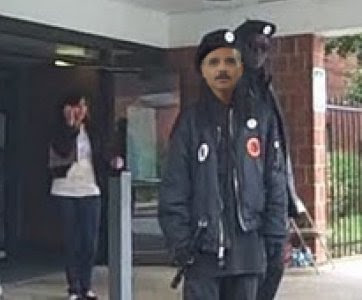 The Justice Department filed another lawsuit against immigration practices by Arizona authorities, saying Monday that a network of community colleges acted illegally in requiring noncitizens to provide their green cards before they could be hired for jobs...

In Monday's lawsuit, Justice officials said the colleges discriminated against nearly 250 noncitizen job applicants by mandating that they fill out more documents than required by law to prove their eligibility to work. That violated the federal Immigration and Nationality Act, the department said... The government is asking a judge within the Justice Department unit to order the Maricopa colleges to pay a civil penalty of $1,100 for each of the 247 non-U.S.-citizen job applicants it says were required to produce the additional documents. It says the colleges ended the practice in January.

A quarter of a million dollar fine will definitely have employers thinking twice about checking job candidates' bonafides. And that is the intent.

And it's but one step among many. 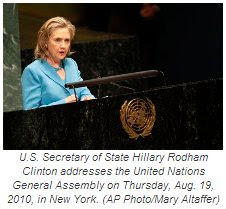 • Destructive: In the midst of a civil war in Mexico, with at least 28,000 fatalities, President Obama decided to declare war -- on Arizona. Its lawsuit against the beleaguered state was preceded by a series of affronts.

The president has stiffed Gov. Jan Brewer's call for meaningful assistance in efforts to secure the border. And the White House has accused Arizona's junior senator, Republican Jon Kyl, of lying about an Oval Office discussion with the president over comprehensive immigration reform... [and] Brewer was appalled to learn the Justice Department's intentions not from the Justice Department but from an interview done by Secretary of State Hillary Clinton with an Ecuadorian TV outlet.

This administration -- and its 'Justice' Department -- is completely out of control. It is acting without restraint and in clear violation of federal law. Its one goal is not protecting American citizens--it is to create as many Democrat voters for the midterm elections as possible.

America, it's November or never. And that's no joke.

My vote on when the "cold civil war" turns hot is when federal marshalls attempt to arrest Sheriff Joe.

That would be the provocation that this administration is quite capable of making. It would be a huge political miscalculation on their part.

At first I thought this report was a spoof. It was such nonsense that surely it wasn't for real.

I thot the liberals wanted the law to come DOWN on employers for HIRING illegals to get them to quit coming to our country to work. WTH is goin on??

For karma's sake, when Republicans take back the Congress and the Executive...

Can we offer the case of the Clintons making it their policy to lie about the Genocide in Rwanda, to some International Court? Or even cite it to the UN as some horrible HUMAN RIGHTS abuse someday?

Or even, let's cite Obama's denying WATER for poor American Farmers out West.

That would be golden...