The death knell just sounded for the Illinois Teachers' Retirement System (TRS), though to read the funny papers you'd never know it. Bloomberg (the news service, not the idiot mayor) reports the TRS just sold its assets to raise the cash it needs to pay retiree benefits. Executive Summary: Kerplosion. 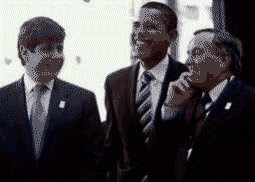 Illinois’s Teachers Retirement System may sell $3 billion of investments to pay for benefits this year because the state can’t make its contributions to the fund, a spokesman said...

The pension plan sold $200 million of assets in July and $290 million in August, Dave Urbanek, spokesman for the $33 billion fund, said in a phone interview... “We understand from the comptroller that there is no money to pay us,” said Urbanek. “If we don’t get a state contribution, we will have to sell more.”

The fund was forced to sell assets last year, too, as it awaited a state contribution. That payment came after Illinois issued $3.47 billion of taxable bonds to fund its pension contribution in January.

In other words, last year Illinois had to borrow money to pay the TRS. This year, apparently unable to muster support for more suicidal borrowing, TRS decided to liquidate around 10% of its assets.

Look up unsustainable in the dictionary and you'll see this logo.

Of course, state law prevents any changes to existing retirement benefits, so the state is caught between a rock and, eh, another rock. Like that giant trash compactor in Star Wars, when George Lucas was still sane.

Leave it to Tyler Durden to describe the unvarnished reality of this debacle.

Two few months ago we disclosed how the Illinois Teachers' Retirement System (TRS) was doing all it can to become the next AIG. In addition to, or maybe precisely due to, its deplorable fundamental condition, which can be summarized as being 61% underfunded on its $33.7 billion in assets... [now] the Fund is currently getting annihilated on its [Treasury] curve exposure...

...the fund has basically thrown in the towel and is proceeding with liquidations. The problem there is that due to its derivative exposure, liquidations now become self-reinforcing, as more cash needs to be pledged as collateral in a declining market, and the AIG death spiral we all know and love, follows.

...as the market continues selling off, the derivatives will require that more assets are sold, which will push the market further lower, which will demand further margin calls, and so forth ad Chapter 7.

As Durden concludes, it is simply too late for TRS -- and scores of other pension funds like it -- to recover.

Because it has begun liquidation, "extend and pretend" (i.e., kicking the can down the road) is no longer an option.

...For the sake of the 355,000 full-time, part-time and substitute public school teachers and administrators working outside the city of Chicago, we hope that the TRS has now been inducted into the hall of the Too Big To Fail, as otherwise roughly $34 billion in (underfunded) pensions are about to disappear.

So unless Congress launches (yet another) suicide mission related to funding Blue State failures with Red State revenues, Illinois' ex-teachers are in for a nasty retirement.

What do you say, Red States? Do you enjoy paying for the failures of Illinois, California and New York? If not, vote against every Democrat you can find in November. The alternative is more cronyism, more economic failure, and more misery.

Public sector unions and their cronies in the Democrat Party must be politically dismantled -- or it's all going to melt down -- in ways we can't possibly predict (PDF).

Hey Doug, this is crucial info that may have been forgotten.

Read them all. It will stagger you.