Glenn Beck's Rally: How Many Were Really There?

Just when you thought "the media" couldn't make bigger fools of themselves, along comes their buffoonish treatment of the attendance at yesterday's Glenn Beck rally at the Lincoln Memorial. Most danced around the issue, falling back on the stock "thousands" or "tens of thousands" weasels. But there was one twit among them who spilled the beans. CBS went on the record: Glenn Beck Rally Attracts Estimated 87,000.

Fortunately, we have better ways to judge the size of the crowd than to rely on Dan Rather's news organization. MLK's famed 1963 "I Have a Dream" rally was held on the same ground, and the accepted figure is 250,000. 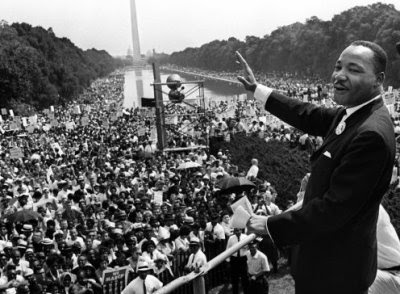 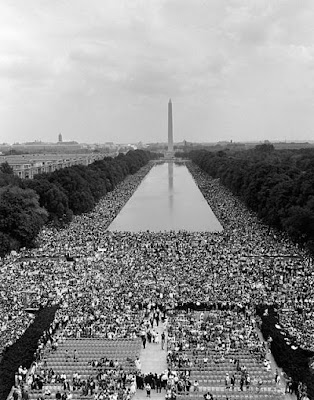 Judge for yourself. Do you think Beck drew less than half? 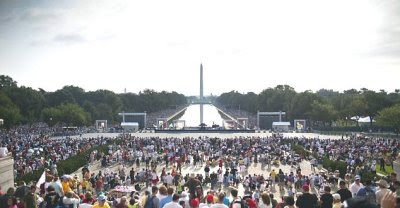 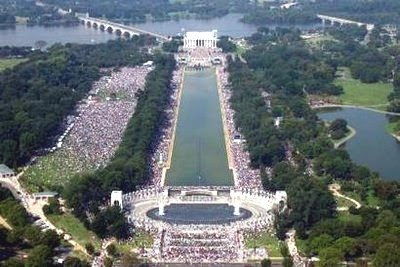 As an aside, the open field filled with people on the left was overgrown with trees and unavailable to spectators in 1963.

Oh, BTW, Sharpton's rally, which the clowns positioned as the anti-Beck rally, "attracted" 3,000. So much easier to count.

Update: Affirmative Action Crowd Estimates and It Was Like A Return To Jim Crow, or Like We Were In Nazi Germany.

THANK YOU for posting! Your blog is a Must Read!

You know, it really never matters how many show up to something. Although the more the merry and more powerful the numbers the greater the force.

But it is the substance...

We expect Democrats to slander and diminish fine Americans who are wisely opposed to their pathetic failure - which sinks everyone.

But the basis is clear...

We all know, the Democrats are offering more disaster, with the corruption, the deceit, the ineptitude, the oppressive nature, the vapid collectivist insanity, etc.

Their ugly policies are hurting all, just as they did during the Carter Malaise, and the Clinton Negligence.

Those turning up for the "RESTORE RALLY" are actually a small percentage of a vast American Public who know full well the Democratic Party is making more absurd failure and folly which we will be having to overcome for years now. (Sadly many enable this nightmare because of their own greed - being on the Democrat Partisan dole).

Even the Mortgage Crisis the Democrats created, began long ago, with a Democratic Partisan self declared "revolution" in 1993.

We see year after year, Democrats are so stuck on vilifying their opposition, they just don't pay attention to healthy policy - and we all pay for it.

Beck's rally was inspirational. The contrast between the two rallies can be seen in both crowd size and the message. Compare a crowd singing "Amazing Grace" to one shouting "Don't drink the tea!!".

Bunch of morons, the camera angles are slanted to make Becko's crowd look larger A Mormon, working for a corporation in bed with a Saudi Prince, trying to besmirch the duly elected President, traitors