What's America's biggest national security threat? According to the Chairman of the Joint Chiefs of Staff: It's the Democrats' Spending

The national debt has grown 60% since Nancy Pelosi and her cadre of far left Democrats took control of Congress and the nation's budget. For this reason, Mike Mullen, Chairman of the Joint Chiefs of Staff, has called out the calamitous, wildly undisciplined spending as the nation's number one security threat.

The national debt is the single biggest threat to national security, according to Adm. Mike Mullen, chairman of the Joint Chiefs of Staff. Tax payers will be paying around $600 billion in interest on the national debt by 2012, the chairman told students and local leaders in Detroit.

“That’s one year’s worth of defense budget,” he said, adding that the Pentagon needs to cut back on spending... “We’re going to have to do that if it’s going to survive at all,” Mullen said, “and do it in a way that is predictable.”

Perhaps we can arrange an MMA fight between Mullen and the Times' most sanity-challenged columnist, Paul Krugman, whose policy positions change with the party of the office-holder.

[Krugman's] attitude, which seems to be shared by the Democratic leadership in D.C., is that America can spend an unlimited amount of money with no serious consequences, that we should do so in order to pump up the economy, and then at some undefined later point, somebody else will have to restrain spending. Incidentally, this was not Paul Krugman's attitude early on in the Bush Administration. The Paul Krugman from back then sounded a great deal more concerned about fiscal conservatism than the Paul Krugman of today does.

Setting aside the fact that the evidence government spending can drive economic growth in this country is sparse indeed -- and that the debt crisis in Europe that's already hitting Greece and could easily hit us in a few years -- at what point do we say we simply admit that we don't have the money to pursue this liberal economic pipedream any more? Put another way, America has spent far too much, for far too long, and because of that, even if Krugman's desire to borrow and spend our way to prosperity worked (which it doesn't), we're so deep in the red that the cure would be worse than the disease.

Recall as well that, for the first time in modern history, Democrats did not even pass a federal budget this year. Instead, they 'deemed as passed' a non-existent budget that allows them to, well, spend like drunken progressives. 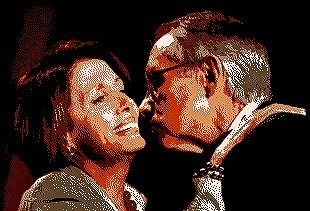 Last night, as part of a procedural vote on the emergency war supplemental bill, House Democrats attached a document that "deemed as passed" a non-existent $1.12 trillion budget. The execution of the "deeming" document allows Democrats to start spending money for Fiscal Year 2011 without the pesky constraints of a budget... The procedural vote passed 215-210 with no Republicans voting in favor and 38 Democrats crossing the aisle to vote against deeming the faux budget resolution passed.

Never before -- since the creation of the Congressional budget process -- has the House failed to pass a budget, failed to propose a budget then deemed the non-existent budget as passed as a means to avoid a direct, recorded vote on a budget, but still allow Congress to spend taxpayer money.

This is but one of many reasons that erstwhile Obama supporter and US News & World Report economist Mort Zuckerman calls the Obama Democrats "The Most Fiscally Irresponsible Government in U.S. History."

Obama, Pelosi and Reid will be long gone when the entire system collapses, thanks to their malevolent treatment of the U.S. taxpayer. Like I always say: it's November or never.