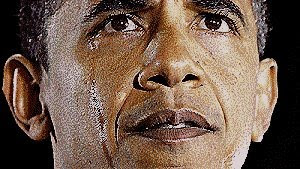 ...On the merits, we are surprised the judge took as much space to conclude that Virginia stated a valid cause of action, namely, that Congress had exceeded its constitutional authority with the individual mandate... The only question is whether Virginia stated a legal cause of action (or legal theory) that is cognizable in law.  Virginia certainly has at least a valid substantive theory to challenge the law, because someone with standing is always able to challenge the constitutionality of a statute on the ground that Congress has no constitutional authority to enact it, QED.  Indeed, we think Virginia ultimately should win on the merits, but it is even easier to show that the correct form of the argument was set forth in the complaint.  Nevertheless, unless the district court’s jurisdictional rulings are overturned, Judge Hudson’s discussion of the constitutional issues is somewhat instructive.  It shows he is not hostile or dismissive of Virginia’s claims, which is surely good for liberty.

The Obama administration responded with the kind of maturity that we've come to expect from the likes of David Axelrod and Robert Gibbs (or, as they're referred to in the White House, The Puppetmasters™).

Since the enactment of health reform legislation in March, several state Attorneys General have filed lawsuits challenging the constitutionality of the Affordable Care Act. Having failed in the legislative arena, opponents of reform are now turning to the courts in an attempt to overturn the work of the democratically elected branches of government. [Ed: Does the phrase 'budget reconciliation' ring a bell?] 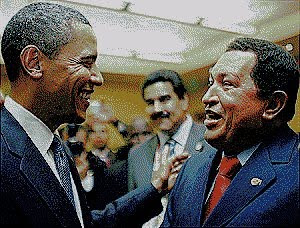 ...The Affordable Care Act falls well within Congress’s power to regulate under the Commerce Clause, the Necessary and Proper Clause, and the General Welfare Clause... [As does Congress' power to regulate your shower-head flow, toilet tank size, light bulbs, automobile engine type, and other personal aspects of your life -- like the Founders intended!]

...That’s why a number of groups representing breast cancer patients, children’s health advocates, people with disabilities, small businesses and others filed an amicus brief in support of the Affordable Care Act, citing evidence in seven states that “preexisting conditions provisions, absent a minimum coverage provision, are a failed experiment. At best, they result in premium increases. At worst, they can cause the total collapse of a state’s individual insurance market.” [Glad the Democrats never resort to the politics of fear!]

This administration is flat-out dishonest.

Cancer survival rates are higher in the U.S. than in any other country in the world. By far. And 75% of all medical and pharmaceutical innovation on the planet comes from our "broken" system.

At some point, the judiciary in this country -- even some of the more left-leaning judges -- are going to have had enough of Democrat whining, attempted intimidation and -- well, I'm too polite to say what I really think.

Suffice it to say that somewhere Hugo Chavez is beaming.

So let me get this straight... according to Obama's statement, "Today’s decision merely said that the Virginia Attorney General has standing to challenge the lawsuit – which means that the court has jurisdiction to hear further arguments. The federal government believes this procedural ruling is in error and conflicts with long-standing and well-established legal precedents"

Did Obama just admit that states attorney generals have no standing in a court of law to challenge the federal government?

Who in the heck wrote this.. Pete Stark?

And why does VA, or AZ, need to bother with lower courts?

“Original” jurisdiction means the power to conduct the “trial” of the case (as opposed to hearing an appeal from the judgment of a lower court).

I was very pleased to find this site.I wanted to thank you for this great read!! I definitely enjoying every little bit of it and I have you bookmarked to check out new stuff you post.
German Translation.

When they say Progress, think oppress.

Kudos to the new left – at least they are being more honest with us in their self labeling now.