Law of the Land Comix

Based upon "Will Insurers Ever Say Enough’s Enough To Obamacare?" 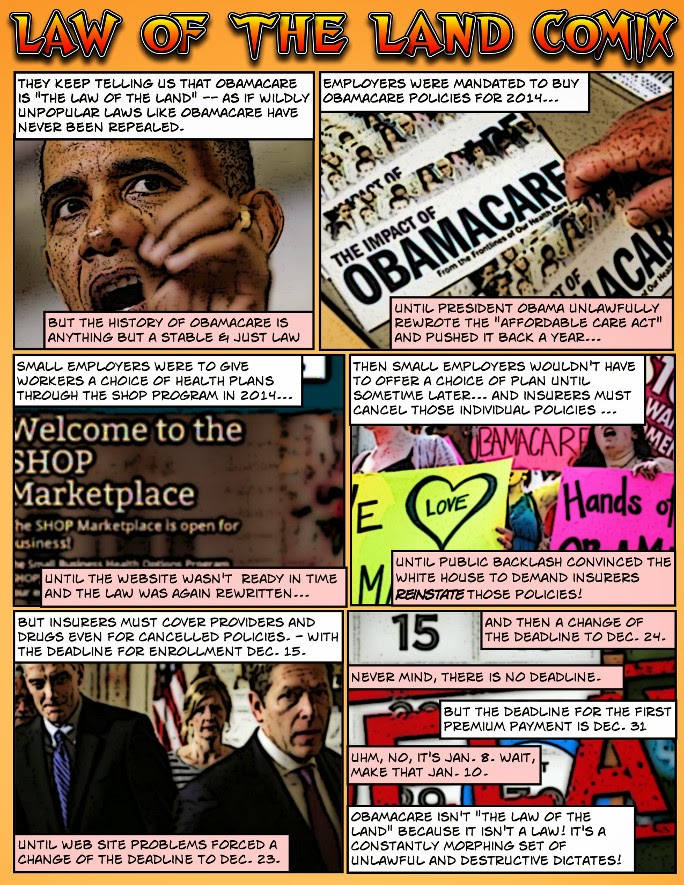 Obamacare isn't the law of the land. It's an ever-evolving set of lawless dictates from bureaucrats and other miscreants in Washington.

It must be destroyed, defunded, repealed or otherwise nuked from orbit. It's the only way to be sure.

And any so-called Republican who refuses to commit to such a course of action should be expelled from consideration as a serious candidate.

There is so much money invested in Obamacare, it won't be easy to get rid of it. Obama and his minions bought everyone off.

Obamacare is Void for Vagueness. The American people are veto'ing it.

Just watch what happens when the IRS starts taking money.

rodgers of the rino house leadership said obamacare will not be repealed ..

The last sentence summed it up nicely.
It needs to be gone.....all of it.
Any Republican who isn't for full repeal is toast.