I don't think the word "transparency" means what President Obama thinks it does.

The U.S. Department of Health and Human Services is welcoming members of Congress and their senior staff to tour a temporary shelter being used to house illegal immigrant children — but the invite comes with a list of rules, including a suggestion that members leave their cellphones in their vehicles. 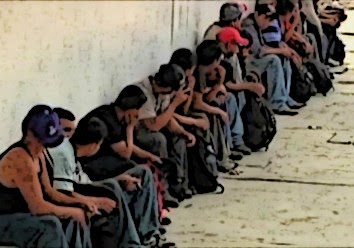 ...The tours are meant to give members and staffers an inside look at how temporary facilities are being used to house illegal immigrant children who came to the U.S. without their parents. The minors, who hail mostly from El Salvador, Honduras and Guatemala, are being called “Unaccompanied Children,” or UACs.

Sent to members of Congress and staff by Rose Hacking, of the office of the assistant secretary of legislation at HHS, the invitation comes with the following commands: 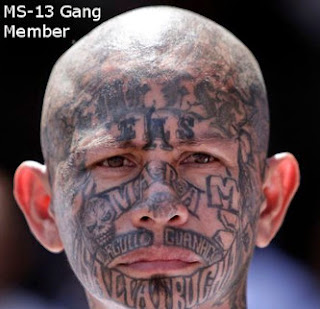 ...one congressional staffer invited to tour the facility called the planned tours “a dog and pony show... Don’t talk to anyone, don’t record anything you might happen to see, but come visit us and we’ll give you a sanitized story with only the photos and accounts we want you to have,” said the staffer, who requested anonymity.

“This isn’t some totalitarian closed society trying this tactic, this is our own government! They clearly wouldn’t be offering up this kind of dog and pony show if they weren’t hiding a very ugly truth somewhere.”

The UACs are part of an unprecedented surge of young immigrants that has overwhelmed immigration agencies at the southern Texas border.

This humanitarian refugee crisis -- something you would normally see in Third World countries -- is the product of Barack Obama's purposeful evisceration of America's immigration laws. Bound by his oath of office to enforce them, Obama has instead chosen to open up America's borders to any and all. Cartel members, the infirm, the disease-ridden, pedophiles, MS-13 members, burglars, the poverty-stricken... no passports, no background checks, no customs inspection, no waiting line, nothing.

All are welcome in Obama's America, no matter the consequences.

Brrr.... Let's dive right into some alternate version of Hunger Games! Seems this is public property, why shouldn't the public be able to share what happening on their property?

No... Apparently, we're going to start out by tossing out the First Amendment... Who needs it with the big zerO in charge!

I fully expected Obama to leave office doing this sort of thing - but I thought he would wait until November 2016, when his party could not be called to account at the polls for his illegal actions.

If he is willing to start this less than five months before the midterms, we are in for a very long 950 days until January 20, 2017.

This is right straight out of Jean Raspail's novel The Camp of the Saints.

Welcome to Nazi Germany. And they said it couldn't happen again.

This intentionally devised influx of "refugees" is the "Palestiniazation" of America - the creation of politically manipulatable "refugee" camps to eat away at American society, rewrite its history, and criminalize its citizens in the eyes of the world. There will be terror attacks against citizens. Count on it.
Comrade Hussein must be stopped. Period.

Estragon said, "I fully expected Obama to leave office doing this sort of thing - but I thought he would wait until November 2016, when his party could not be called to account at the polls for his illegal actions...."

Obama does not care about the survival of the Dem Party or of any Dem candidate up for election. Basically, because he's not a Dem and never was a Dem. He's got a job to do and not much time left to do it. He has to complete the destruction of the U.S. before he leaves office - that is, IF he leaves office.