Bloomberg, who has pledged to spend $50 million to push gun control this year, put a quarter of a million dollars into a “super pac” that’s supporting the incumbent, Thad Cochran.

With just one week to go before the election, the other side is obviously getting nervous and is going all out to prop up the establishment candidate. 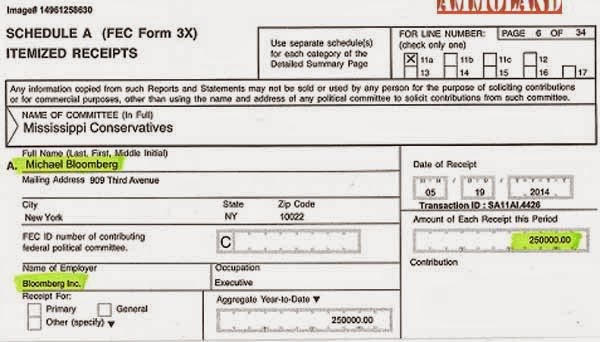 But Gun Owners of America is all in for Chris McDaniel, a state senator with a record of standing up for your gun rights.

McDaniel will be more than just a good vote in Washington – he will be a pro-gun leader.

These are the bold, principled stances we need U.S. Senators taking while in Washington, D.C.

There are already too many wall flowers in the Senate who won’t stand up to Barack Obama and Harry Reid. We need more fighters.

That’s why GOA is supporting Chris McDaniel in this election next Tuesday.

And that’s why I’m asking you to get involved today.

Please visit Chris McDaniel online and chip in $5, $10, or $20 to help this pro-Second Amendment warrior.

We may not be able to keep up with Bloomberg’s millions, but if gun owners across the country unite behind Chris, he will be able to keep his message on the airwaves to get voters to the polls.

So please go to McDaniel’s website today to join in this important battle.

Coming to a theater near you: "WHITE HOUSE-GROWN TERRORISTS" starring Obaba Black Sheep (pulling the wool over our eyes) and Eric Wholedirt (always being backed up by Obaba). Surprise ending when they disappear ! (Reviewers are invited to Google "Revealed: The Destroyer of Obama's Tyranny.")

If I Had Little mickey Bloomberg's money I'd match for
for you. Good luck and God Speed.