We know the whereabouts of the "lost" IRS emails

A Congressional inquiry into the targeting of Tea Party and Conservative organizations by the IRS has revealed that thousands of emails from IRS head Lois Lerner and at least six of her subordinates have been lost to history after the hard drive which stored them was reportedly thrown away. The loss of the emails makes it nearly impossible to track down and verify what actually took place and whether or not the Obama administration was directly involved in the harassment of independent groups that didn’t agree with the President’s political platform. 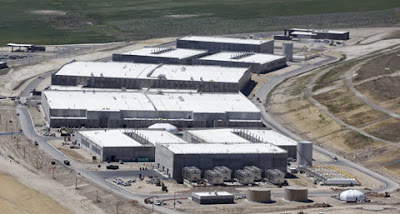 Without the emails their is no accountability, despite the fact that the President Obama has repeatedly claimed that transparency and the rule of law would be touchstones of his Presidency. “Starting today every agency and department should know that this administration stands on the side not of those who seek to withhold information, but those who seek to make it known,” said President Obama at a press conference on the day he took office in January of 2009.

The President’s past statements run contrary to the events playing out on Capitol Hill today, where the IRS has claimed that the emails have been “lost forever.”

Congressman Darrell Issa pointed out the ridiculousness of the claims saying that such records could only disappear because of deliberate destruction.

“Official records, like the e-mails of a prominent official, don’t just disappear without a trace unless that was the intention.”

It turns out that Senator Darrell Issa is right. Records like these don’t just disappear without a trace.

We know the whereabouts of the lost IRS emails and they could likely be accessed and shown to the American public within 24 hours.

It turns out that there just so happens to be a redundant set of digital records available in a facility capable of holding some septillion pages of information (1,000,000,000,000,000,000,000,000 pages of text) that has been actively aggregating and storing digital data for years.

Access to any of those records can be had with a simple directive from the President of the United States.

The facility where the records are stored, along with the private emails, text messages, google searches and 20 trillion domestic phone calls since 2001 is owned and operated by America’s National Security Agency which, among other things, is responsible for the monitoring of American citizens and storing any and all digital interactions captured on private and public telecommunications lines. The NSA’s most advanced intelligence monitoring facility is located at Camp Williams and is called the “Utah Data Center.”

If the emails ever existed, whether they were deliberately wiped or accidentally lost, the National Security Agency undoubtedly has a digital record of them.

Intelligence officials and law enforcement refer to the phenomenon as “digital permanence” and what it means is that there exists a record of every digital interaction taking place over the internet somewhere. So, even if you happen to lose a hard drive or purposefully click that delete button, you’d be in luck. The National Security Agency has a copy of it because they have been effectively collecting all data sent over telecommunications lines in the United States since at least 2001.

The mind-boggling amount of data being collected at this and other facilities seems like something out of a science fiction movie, but according to award-winning mathematician and NSA whistleblower William Binney it is very real – and it’s been happening for quite some time. And just in case you think they’re collecting “meta-data” such the the sender, receiver and subject line of an email exclusively, according to Binney, they are also collecting the content of the communication as well. That means they know what you texted, said on a phone call, or wrote in an email.

Binney explained that the government is taking the position that it can gather and use any informationabout American citizens living on U.S. soil if it comes from:

Any service provider … any third party … any commercial company – like a telecom or internet service provider, libraries, medical companies – holding data about anyone, any U.S. citizen or anyone else.

Binney explained – as he has many times before – that the government is storing everything, and creating a searchable database … to be used whenever it wants, for any purpose it wants (even just going after someone it doesn’t like).

Given this revelation from someone who understands the inner workings of NSA signals intelligence and how they collect data, it’s clear that despite the IRS losing the emails in question, there exist exact replicas of them at the NSA.

It should only be a matter of time now before President Obama officially requests that the NSA turn over these records so that he can prove to the American public once and for all that neither he or those in his administration had any knowledge or influence over the IRS targeting of political enemies.

Then why aren't you doing just that? Issa is a milquetoast just like Boehner, McConnell and all the other republican leadership. QUIT with the lip service - either dole out consequences or SHUT THE HELL UP.

Ya' know, wouldn't it be the peak of irony to have the NSA produce all the supposed "lost" emails from these IRS terrorists? It would almost make the ungodly amount of money we spend on them worthwhile. Almost.

How to find out what really happened to missing IRS emails. In March of 2009, Obama named Vivek Kundra CIO of the US. http://www.sajaforum.org/2009/03/obama-admin-vivek-kundra-named-cio-of-the-us.html. As head of Information Technology, he proposed a new 25 point plan to modernize the federal government's technology and data centers https://www.dhs.gov/sites/default/files/publications/digital-strategy/25-point-implementation-plan-to-reform-federal-it.pdf The OMB and GAO were actively involved in assessing and monitoring the progress of these plans across all agencies and have copious documents relating to IRS databases, retention and best practices. http://fdcciconnect.com/Resources/GovernmentResources/OMBMemosEOsGAO.aspx A key player responsible for IRS Data center management and consolidation was Anthony McMahon. http://www.greendatacenternews.org/articles/share/71895/ In March of 2010, Anthony McMahon of the IRS gave a presentation about IRS data center operations that are usually not publicized to AFCOM. http://www.altaterra.net/blogpost/288668/94785/Data-Center-World-IRS-Data-Center Since 2008, there have been many initiatives and audits at the IRS regarding technology. http://www.treasury.gov/tigta/auditreports/2010reports/201020044fr.html The best people to ask about the missing emails are those who were involved in establishing "best practices" for the IRS and other like agencies. As early assessments were made and recommendations were implemented in a short time-frame after 2008. It would be advisable to speak to those that were involved as IT project managers, data base consolidation team members, and those who participated in risk management, data loss mitigation and internal audits around the time frame the emails went missing. They could tell you first hand what was probable and possible.