The consequences of open borders will be felt for decades. Over the coming years, Americans will experience Balkanization, an exploding welfare state, and higher taxes to pay for an uninvited influx of largely impoverished, low-skilled and illiterate migrants.

The short-term ramifications, however, will be equally serious. Writing at Western Journalism, B. Christopher Agree explains:

The recent rise in unaccompanied minors illegally crossing America’s southern border in recent weeks has led to serious criticism of existing immigration laws and lax border security. While the influx is seen by many as a symbol of a broken system, however, a large number of Americans still believe officials should allow these children to stay in this country and reunite with family members already here. 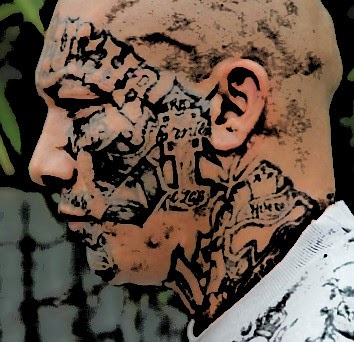 A recent revelation by authorities might just change some minds.

According to an investigation by Action 4 News in Harlingen, Texas, underage gang members are being released without supervision into American neighborhoods near the border and beyond. San Juan Police Chief Juan Gonzalez explained that such a policy could have tragic consequences in our society ... “They are not your average person that wants to better their lives,” he said.

The majority of these thugs are easily identifiable, according to the National Border Patrol Council ... “they are usually pretty predominant with their tattoos,” noting they typically display “a lot of face tattoos.”

Nevertheless, when gangsters under the age of 17 – and without a U.S. criminal history – are detained by border guards, they are subsequently sent on their way, free to terrorize American neighborhoods.

Their numbers are only increasing, the report found, as gang leaders in Mexico recognize they can send their youngest members across the border with a virtual guarantee that they will be integrated into our society ... Concerns about increased violence associated with America’s current open borders policy are only compounded by reports that illegals are bringing with them diseases that were all but eradicated in America.

In short, this administration is releasing violent, hardened criminals into the United States, an act that would normally see members of both parties calling for impeachment.

That was in the old days, when we had a real Democrat Party and Republicans with some spine in them.

Those days appear to be long gone.

This calls for impeachment of the whole Obama administration including Obama himself. How can we put up with this incompetence from this person who is totally narcissistic and is determined from the beginning to destroy this country for his Muslim terrorist friends. He may have pulled the wool over Americans eyes, but my eyes are wide open. I know what he is. impeach him before he does any more damage !2629