IRS FINALLY ADMITS: Uhhh, Yeah, Uhhh... Actually... There Was a Smidgen of a Scandal, Dude.

Scandal: The Internal Revenue Service admits it broke the law after an organization whose private tax data are illegally shared with an ideological competitor wins its lawsuit. So who is going to prison for this federal crime? 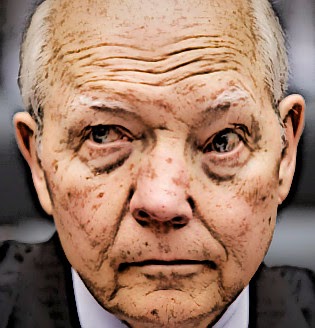 If IRS Commissioner John Koskinen wants to know which criminal statutes have been broken, he might try reading about one in the morning newspapers, the same place President Obama gets his information about the "phony scandal" du jour.

The National Organization for Marriage has been awarded a $50,000 settlement from the IRS after the agency admitted wrongdoing in leaking the organization's 2008 tax return and the names and contact information of major donors. The information was forwarded from the IRS to the pro-gay marriage group Human Rights Campaign. That group then posted the data on its website during the 2012 presidential campaign. Unauthorized dissemination of such information is a felony.

At that time, Joe Solmonese, a left-wing activist and Huffington Post contributor, was the president of the Human Rights Campaign. Solmonese also became a 2012 Obama campaign co-chairman. As Matthew Boyle has reported at Breitbart News, this information was used to attack Mitt Romney during the election campaign, according to the National Organization for Marriage, which opposes Obama's stance on gay marriage.

The Huffington Post used the leaked documents in a story questioning Romney's support for traditional marriage. The documents showed Romney donated $10,000 to the National Organization for Marriage.

Names and addresses of National Organization for Marriage donors — contained in a Form 990 Schedule B, which the organization is required to file with the IRS but is not public information — were to be used in the kind of bullying campaign commonly employed by liberal groups.

The prospect of donor names and addresses being made public is also useful in drying up financial support for conservative groups.

"In the beginning, the government claimed that the IRS had done nothing wrong and that NOM itself must have released our confidential information," read a statement from NOM Chairman John Eastman.

"Thanks to a lot of hard work, we've forced the IRS to admit that they in fact were the ones to break the law and wrongfully released this confidential information."

Eastman testified before Congress that the leaked list led to a "campaign of harassment and intimidation" against the National Organization for Marriage's financial backers. That included boycotts of their businesses, physical assault and the vandalizing of private property. This leak is a felony that is punishable by five years in a federal prison.

The House Ways and Means Committee, which began investigating NOM's complaint after revelations that the IRS targeted conservative groups for special scrutiny, has identified the individual who divulged the information as an employee in the IRS' Exempt Organizations Division formerly headed by Lois "Fifth Amendment" Lerner. But it can't divulge his name to the public or to NOM.

"I am astounded at the ease by which an individual was able to obtain and release confidential information, including private citizens' names and addresses," House Ways and Means Committee Chairman Dave Camp, R-Mich., told National Review Online. "What makes the situation even worse is that the law, intended to protect taxpayers, is being used as a shield for those that perpetrate this wrongdoing."

At issue is section 6103 of the Internal Revenue Code, which bars the divulging of confidential taxpayer data or related information. It is that section that the leaker violated. Yet the same section can and has been interpreted as requiring that details of the NOM investigation regarding the leaker also be kept secret.

The only question now is will the leaker or anyone else be prosecuted for what is a felony?

As for the rest of America, don't hold.