Before we get into what Benghazi is, let’s address what it isn’t. It isn’t irrelevant, it isn’t trivial, and it isn’t a “witch hunt” as many prominent Democrats and their supporters desperately want you to believe. 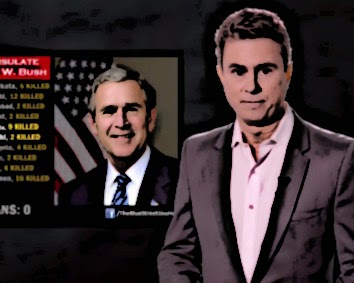 For example, this graphic has been going viral: It shows the date and location of ten embassy or consular attacks during the Bush presidency, with a total of 60 people dead and the number of outraged Republicans set at zero; therefore these attacks happen frequently, therefore Benghazi is a hypocritical, witch hunt staged simply to get Barack Obama and Hilary Clinton.

Unfortunately for the millions of people who have seen this graphic and passed it on, one of them – at least one – knows how to read, think and research.

Kyle Becker, at the Independent Journal Review, took a look at each of these ten attacks. In eight of them, the total number of Americans killed was – zero. It is not the responsibility of the US State Department and the President of the United States to protect the lives of foreign nationals, no matter how tragic or common these attacks may be. Their job is to protect American citizens and especially Consular personnel living abroad.

In 2003, a truck bomb killed 36 people, including nine American defense contractors. President Bush immediately called it a terrorist attack, the Saudis investigated and killed two of the attackers in the raids that followed.

On March 2, 2006, in Karachi, Pakistan, a suicide bomber killed 4, including an American diplomat named David Foy. It was instantly denounced as a terror attack; there were no advance calls for additional security; Mr. Foy was killed instantly with no possibility of rescue; and there was no cover-up or attempt to spin it other than what it was.

Every day in America there are over 6,000 burglaries. But one break-in may be more important than the others, because one of those burglaries – Watergate -- may go directly to the lawfulness, integrity and candor of the President of the United States of America.

Benghazi matters, because it goes directly to the two most important qualities in our elected officials: Competence, and Character. 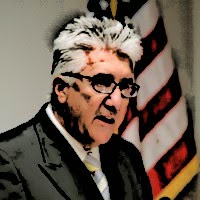 In late March, 2012, former US Ambassador to Libya, Gene Cretz, calls for additional security assets from Secretary of State Clinton. These were ignored.

On June 15 Charlene Lamb, the Deputy Assistant Secretary responsible for embassy security, tells the staff in Libya that the existing security team contract would not be renewed.

On the 9th of July, Newly appointed Ambassador Christopher Stevens requests an additional 13 security personnel, citing the increasingly dangerous situation on the ground. On August 2nd he sends an urgent cable to Secretary of State Hilary Clinton, requesting a ‘protective detail bodyguard;’ three days later the State Department orders the removal of Ambassador Stevens existing SST – his security team – and by the 8th of August his SST has left Libya.

On August 16th, the Regional Security Officer sends an email to Secretary of State Clinton, warning of a dire security situation in Libya.

On September 10th, top Al Qaeda leader Ayman Al Zawahiri calls for Libyans to avenge the death of his secretary, and on the next day, September 11th, 2012, Ambassador Stevens sends a final warning about lax security. 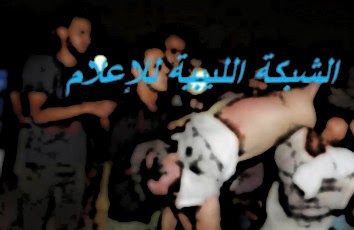 Later that day, he would be captured, tortured, raped and killed, his body then dragged through the streets. His last, unsigned journal entry was another complaint about his security situation.

Now, once the attack started, we switch focus from the competence of the Secretary of State to that of the Commander in Chief. All teams are local times in Washington DC, September 11th, 2012:

3:59 pm: The Defense Department orders an unmanned surveillance drone vectored to the consulate in response to first word of the attack.

4:05 pm: A State Department email officially notifies the Pentagon and the White House of the attack.

At 5:40 pm the request for FEST – the Foreign Emergency Support Team, a counter-terrorist unit specifically trained to rapidly respond to exactly these kinds of situations -- was officially refused by the State Department. CBS reporter Sheryl Attkisson, who left CBS when they would not cover the story, reported on May 17th of 2014 that a FEST counter-terrorism response was ruled out by the White House from the start, to the “puzzlement” – if not the outright despair – of State and Defense Department officials.

At 6:06 pm a State Department email said that the terrorist group Ansar al-Sharia claimed credit for the attack – within three hours of the first shots being fired. 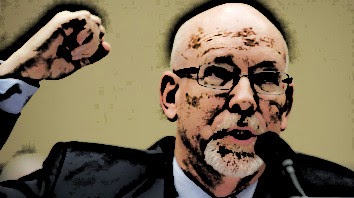 By 8:00pm Eastern, Deputy Chief of the Libya Mission, Gregory Hicks, phones Hilary Clinton and tells her unequivocally that the Consulate in Benghazi was hit by a terrorist attack.

Two hours later, at around 10 pm. Clinton and Obama discuss the situation by phone, at about the same time as former SEALS Glen Doherty and Tyrone Woods were killed on the roof of the annex by enemy fire, six hours after the first shots were fired. They had been fighting, alone, under the eyes of the surveillance drone, for two and a half hours.

At 10:30 that evening, Secretary of State Hilary Clinton publically blames “inflammatory material on the internet” for the attacks.

Three days later, on September 15th, CNN’s Arwa Damon finds Ambassador Stevens diary, quote, "on the floor of the largely unsecured consulate compound where [Stevens] was fatally wounded." It, like the rest of the sensitive, classified documents, had not yet been secured three full days after the attack.

Alright. So much for competence. Now to character. 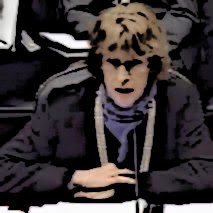 On September 12th, the State Department’s Elizabeth Jones prepared a summary of talks with the Libyan ambassador which concluded that Benghazi had been a terrorist attack.

On the 14th, the first draft of an internal State Department memo blamed terrorists. 24 hours and twelve drafts later, it would be changed to place the blame of the attack on the internet video. Also on the 14th, standing with Hilary Clinton and the returning coffins, President Obama again blamed the internet video, while Secretary Clinton told Charles Woods, father of slain Navy SEAL Tyrone Woods, quote, “We will make sure that the person who made that film is arrested and prosecuted.”

On the 15th, President Obama once again blamed the video for the violence.

On the 16th, then UN Ambassador Susan Rice blamed the attack on the video, backed up the next day by a State Department official.

On the 18th, Carney again blamed the video for the violence. On the 19th he repeated the claim that there was no evidence the attack had been pre-planned. On the 20th, both Carney and President Obama blamed the video, and the White House on that same day spends $70,000 airing apology ads for the video.

Finally, on September 21st – a full ten days after the attack – Secretary of State Clinton finally publically admits what she had been told three hours after the shooting started: it was a terrorist attack. But that didn’t stop the President from announcing to the UN, three days later on the 25th, that the internet video was to blame, adding, 'The Future Must Not Belong To Those Who Slander the Prophet of Islam.” 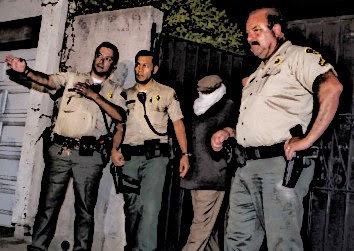 On September 27th – the man who made the video that both President Obama and Secretary Clinton blamed for the attack, Nakoula Basseley Nakoula, was placed under arrest for parole violations, and served almost a year in prison.

The President of the United States, as Commander in Chief of our armed forces and the man ultimately responsible for the safety of Americans at home and abroad, is given a daily intelligence briefing. It is short and to the point, outlining the major developing threats of the day.

On August 9th, 1974, Richard Nixon resigned as President of the United States to avoid impeachment, for his role in the cover-up of a petty burglary at the Watergate complex in which no one was killed or wounded. He was threatened with impeachment because he lied to the American people.

President Obama lied to the American people, and the World, for ten days after an event that cost four American lives, including that of the sitting Ambassador who repeatedly called for help, and those of the two men who ran toward, not away from, the sound of gunfire to protect their country and their people.

This President lied to the American people, and so did his presumptive heir, Secretary of State Hilary Clinton, who also lied to Congress. This matters. Benghazi matters. It shines a direct light and unflattering light on the competence and character of the President and the Secretary of State, and we, the American people have not only a right but an obligation to hold them accountable for their actions.


Watch the entire episode at TruthRevolt. And pass it on.

The blatant lies and cover up and that nothing is being done to hold Obama and Clinton accountable is stunning. I hope some here at DougRoss gives this article to Trey Gowdy. It will be useful for his investigation. I know I not alone in my disgust and dismay over Benghazi and the fact that the president and SOS deliberately LIED to America and are getting away with it. It sickens me to see their ugly, deceitful faces and to see Killary even attempting a run for president. It's the height of hubris. It's treason and no one will admit it and do something about these two criminals.

We haven't seen much of Trey Gowdy lately. He must be spending eighteen hours a day cramming for his upcoming investigation.

I think Dems should be very afraid.

The old geezer looks like he cut the nuts offa Trey Gowdy.

The old geezer from IRS cut trey Gowdys nuts off