MAP: The Second-Largest Religion in Each State

At The Washington Post, Reid Wilson offers us this interesting perspective: 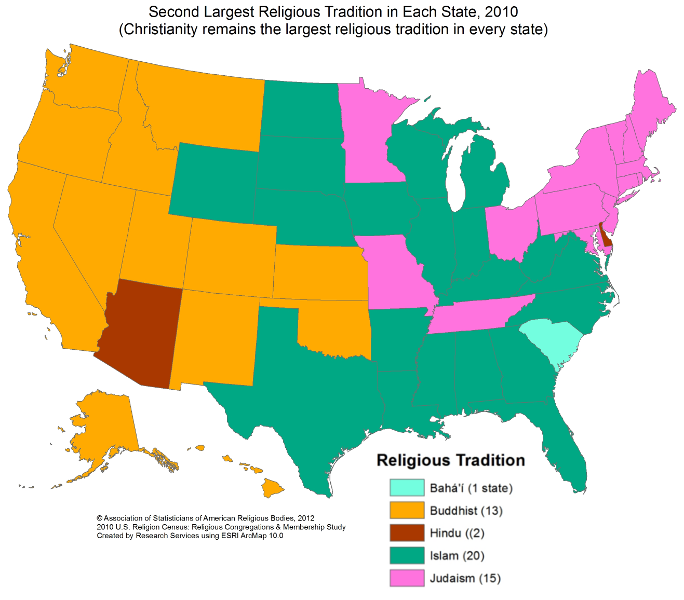 ...Christianity is by far the largest religion in the United States; more than three-quarters of Americans identify as Christians. A little more than half of us identify as Protestants, about 23 percent as Catholic and about 2 percent as Mormon.

But what about the rest of us? In the Western U.S., Buddhists represent the largest non-Christian religious bloc in most states. In 20 states, mostly in the Midwest and South, Islam is the largest non-Christian faith tradition. And in 15 states, mostly in the Northeast, Judaism has the most followers after Christianity. Hindus come in second place in Arizona and Delaware, and there are more practitioners of the Baha’i faith in South Carolina than anyone else.

Over at WaPo, there's a county view and a few other interesting charts.