It's something this president seems to excel at. Now Iraq has officially joined the roster of Middle Eastern countries that have exploded into violence under Obama's watch, following Egypt, Syria, Tunisia, Libya, Yemen, Bahrain, and Algeria, to name but a few. 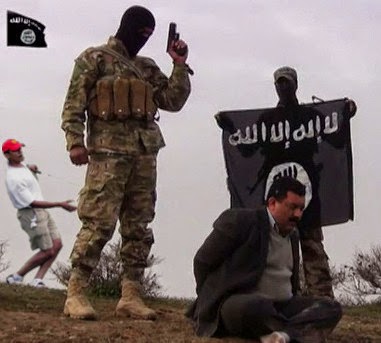 Unfortunately, in this case of Iraq, we may have to prepare for a replay of the evacuation of the embassy in Saigon.

22.27 The Pentagon has issued a statement about the security boost and evacuation at the US Embassy in Baghdad. Staff will be evacuated using commercial, charter and State Department aircraft. The US military also has "airlift assets at the ready" should they be needed, Pentagon spokesman John Kirby said:

The evacuations come as Baghdad itself has come under attack from ISIS forces.

he United States said Sunday it was evacuating some staff from its embassy and beefing up security as deadly explosions rocked the Iraqi capital and advancing militant Islamic insurgents released graphic images appearing to show its fighters massacring captured Iraqi soldiers.

The U.S. State Department said in a statement that an undisclosed number of staffers will be moved to Amman, Jordan, or U.S. consulates elsewhere in Iraq not immediately threatened by the insurgent group, the Islamic State of Iraq and the Levant, or ISIL.

Yes, it's another historic Obama "first"!

It is the first time since the U.S.-led invasion in 2003 that the embassy has drawn down its staffing levels in response to a threat posed by violence, and the redeployment was an indication of the level of concern that the unrest could reach even into the fortress-like Green Zone, where members of the Iraqi government also reside.

The restless president, who has compared himself to a caged animal on recent wanderings by declaring the "bear is loose," took a long Father's Day weekend away with his wife and older daughter.

The visit to the desert resort area of Palm Springs is one of the ways Obama has been trying to escape during his sixth year cloistered in the White House.

Obama interspersed his four-day weekend with official duties, including Democratic Party fundraising, a speech on climate change and calls to his national security adviser... As his administration announced that some staff were being evacuated from the Baghdad embassy, Obama was on the golf course.

Well, we wouldn't want a major war breaking out in the Middle East -- with thousands of American personnel at risk -- to interfere with the President's golf game.

Can you believe this guy?

I have been diligently checking You Tube for any anti-Iraqi videos which may have sparked this round of violence.