THE JOYS OF SINGLE-PAYER: At least 175 Veterans Administration whistleblowers targeted for retribution

Those who lobby for a single-payer health care system must either be: (a) exceedingly rich, having never been to a DMV; or (b) exceedingly dimwitted, having visited a DMV and been ecstatic with the service.

The VA, after all, is the ultimate example of a single-payer health care system. And the VA turns out to be at once both less efficient and more corrupt than any DMV anywhere. 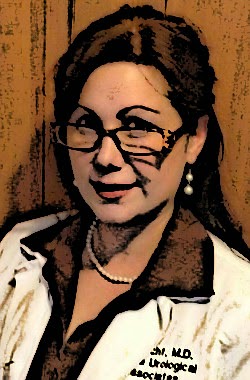 Here’s the latest appalling development in the VA hospitals scandal: Emails, audits, and personal statements reveal a systematic silencing of whistleblowers working inside the agency. The NYT reports that the Office of Special Counsel, the federal agency dedicated to probing whistle-blowing cases, is investigating 37 cases in 19 states in which VA employees were punished for speaking out about the fraud in the system. The Project on Government Oversight, a private organization, reports even more cases: 175 former or current employees have come to them confidentially to detail the abuse at the VA.

The NYT interviewed six of these whistleblowers, and here’s just one example:

Dr. Jacqueline Brecht, a former urologist at the Alaska V.A. Healthcare System in Anchorage, said in an interview that she had a heated argument with administrators at a staff meeting in 2008 when she objected to using phantom appointments to make wait times appear shorter, as they had instructed her. She said that the practice amounted to medical fraud, and complained about other patient care problems as well.

Days later, a top administrator came to Dr. Brecht’s clinic, put her on administrative leave, and had security officers walk her out of the building ... Her complaints were corroborated by other Alaska personnel... Dr. Brecht wrote that administrators “schedule fake patient appointments (i.e. commit FRAUD).” They do so, she wrote, “just so our numbers look good to DC (and the administrators get their bonuses for these numbers).”

This is what the culture of large, closed bureaucratic organizations looks like... [It is certain that] more government control over health care isn’t a shortcut to efficiency and competence, despite what American supporters of European-style single payer systems often suggest.

No, single-payer has absolutely nothing to do with the successful delivery of health care. It has to do with power.

Like gun control, smart meters, the IRS, the IPAB, the CFPB, the NLRB, the EPA... the Democrats crave control over you -- and they will use any means at their disposal to get it.

The VA is one kind of single payer, but there is a much better kind. Medicare. The VA has several problems that have nothing to do with the fact that there are no private insurance companies involved. Virtually everyone in the plan is injured.

Medicare has one major problem, everyone in the plan is either over 65, or disabled. If we opened the optional Medicare to everyone, that problem would be solved. Anybody who thinks that the VA demonstrates the only kind of single payer there is either lying or not paying attention.

Actually there is a big difference between The VA system which may be a single payor, but largely uses itself as the care provider vs. Medicare utilizes many privately held care providers. Its not even close to the same.