PILOT WHO RESCUED DOZENS AT BENGHAZI: A Competent Administration Would Have Saved Those Who Died


The pilot who flew the plane carrying U.S. diplomatic and CIA personnel from Benghazi, Libya, to U.S. military base Ramstein in Germany on September 12, 2012, broke his silence this week. 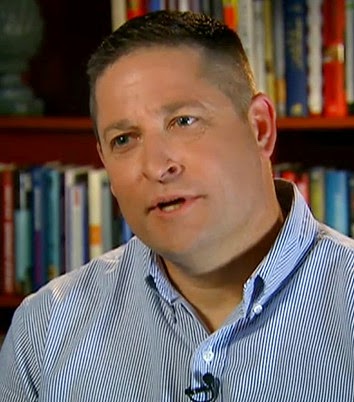 In an interview with Fox News’s Bret Baier, Eric Stahl, who recently retired as a major in the U.S. Air Force and whoserved as commander and pilot of the C-17 aircraft, made three revelations critically important to the investigation of the Benghazi Select Committee:

1. The CIA staff revealed that they overheard in real time the Benghazi attackers communicating with each other on U.S. State Department cell phones, presumably picked up as they rampaged through the compound. Their communications suggested nothing but a well-coordinated attack. For that reason, the people who were actually on the ground were mystified by the suggestions coming from Washington that there had been an anti-video demonstration in progress.

2. Upon arriving at Ramstein, the survivors were not questioned by the FBI initially, but instead were led away by U.S. ambassador to Germany Philip D. Murphy to be debriefed that same evening. The Select Committee will want to know what, if any, instructions they were given.

3. Finally, Stahl believes that a rescue attempt could have been made out of Ramstein. Rescuers could potentially have arrived in time to fight back the attack on the CIA Benghazi annex that erupted in the early morning and led to the deaths of Navy SEALs Tyrone Woods and Glen Doherty. He also logically questions the U.S. military posture in Europe and the Middle East on the anniversary of September 11.

“We were on a 45-day deployment to Ramstein air base,” Stahl told Fox News. “And we were there basically to pick up priority missions, last-minute missions that needed to be accomplished.”

“You would’ve thought that we would have had a little bit more of an alert posture on 9/11,” he added. “A hurried-up timeline probably would take us [an] hour-and-a-half to get off the ground and three hours and fifteen minutes to get down there. So we could’ve gone down there and gotten them easily.”

This is one of the missing key pieces in the Benghazi scandal. The Obama administration’s spin machine – which now includes then-secretary of state Hilary Clinton’s book “Hard Choices” — has successfully kept the focus on the “reasons” for the attack, i.e. the anti-Muslim video, and on examining the insufficient security posture of the mission in Benghazi.

The Accountability Review Board (ARB) review, constantly referred to by Clinton, never dug into the failures of judgment made on that fateful night of September 11. The possibility of an aggressive military response features in neither the ARB account nor in Clinton’s book. Stahl himself was never interviewed by the ARB.

Much remains to be learned about Benghazi, but finally cracks in the Obama administration’s cover of secrecy are starting to break open.

I think you had better stop posting lies liar.

March 2, 2006. Karachi, Pakistan again. Suicide bomber attacks the U.S. Consulate killing four people, including U.S. diplomat David Foy who was directly targeted by the attackers. (I wonder if Lindsey Graham or Fox News would even recognize the name “David Foy.” This is the third Karachi terrorist attack in four years on what’s considered American soil.)

January 12, 2007. Athens, Greece. Members of a Greek terrorist group called the Revolutionary Struggle fire a rocket-propelled grenade at the U.S. Embassy. No fatalities.

March 18, 2008. Sana’a, Yemen. Members of the al-Qaida-linked Islamic Jihad of Yemen fire a mortar at the U.S. Embassy. The shot misses the embassy, but hits nearby school killing two.

September 17, 2008. Sana’a, Yemen. Terrorists dressed as military officials attack the U.S. Embassy with an arsenal of weapons including RPGs and detonate two car bombs. Sixteen people are killed, including an American student and her husband (they had been married for three weeks when the attack occurred). This is the second attack on this embassy in seven months.