Scandal: In testimony last March, the IRS chief told Congress that the now-allegedly irretrievable emails were not immediately available because they were safely stored offline. Maybe the NSA can help find them? 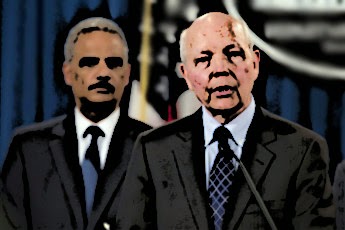 Rep. Darrell Issa's House Oversight Committee has subpoenaed IRS Commissioner John Koskinen to testify June 23 about Lois Lerner's suddenly lost emails. One of the topics is expected to be his prior contradictory congressional testimony.

Koskinen testified about the emails at an Oversight hearing in March and, as investigative reporter Sharyl Attkisson notes, gave quite the opposite impression from the current storyline that has every computer nerd in America rolling on the floor laughing.

Koskinen said the reason that requested emails were difficult to provide was that IRS emails "get taken off and stored in servers." He failed to mention any Lerner hard-drive crash that allegedly occurred long before, only to be divulged in this administration's habitual Friday data dump of unpleasant news.

Was he lying then or is he lying now? Federal law requires that such records be archived and accessible — particularly records subject to congressional investigation — and that the destruction or loss of any such records be authorized according to the law and reported to the archivist of such records. Someone is either lying or has broken the law big time, or both.

The U.S. code for government record retention covers what a government record is — e.g., email — and requires agencies to notify the archivist of any records that are destroyed and the reasons why. This code was put into place after Iran-Contra to keep government workers and contractors from deleting records.

Did the IRS notify the archivist or Congress of the alleged email loss? It did not. Instead, it made excuses for delaying their production until it could delay no more. Then it concocted the story of a computer hard-drive crash that somehow deleted only the Lerner emails for a particular period and sent to particular people during the period when the IRS was functioning as a political arm of the Obama administration.

As any computer forensic expert can tell you, even erased messages can be retrieved and often are retrieved in criminal investigations, which this is fast becoming. There are ways that data can be retrieved even from crashed hard drives. Did the IRS make any effort to retrieve the lost records or report their loss as required by law?

We are asked to believe that a government whose National Security Agency has been monitoring and storing for future reference records of our every communication, and which spied on the communications of foreign leaders, has lost one federal employee's emails.

This doesn't pass the smell test. We are potentially dealing here with the deliberate destruction of federal records to cover up the illegal and unconstitutional intimidation of an administration's political opponents. We are talking major felonies.

I am so sick of the words - could, would, may, might. They are "teaser" words that give readers who want to see punishment doled out to the liars and crooks in D.C. - some vestige of hope that well-deserved punishment and justice will be served. But, sadly and unfortunately - it never is. Why is that?

Scandal Central, keep spinning it for just a few more years and we'll be so glad to see them go that we will all forget about it.
I don't think so.
I love the smell of fried RATs.