Scandal: The IRS descends into criminal enterprise, with word of a 26-month gap of lost emails from the very period it was illegally targeting Tea Party groups. Computer crash? Try obstruction of justice. 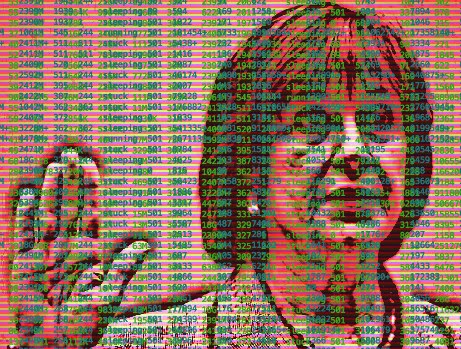 Just as the claim that President Nixon's secretary, Rose Mary Woods, inadvertently hit the "erase" button instead of "pause" gave impetus to the drive to impeach Nixon, so too should the IRS announcement that it can't find two years of Lois Lerner's emails lead to a criminal investigation of this administration and creation of a select committee.

In April we wrote, "Lois Lerner Should Go To Jail." We think so now more than ever and also that she shouldn't be the only one to be measured for an orange jumpsuit. As in Watergate, this fish rots from the head.

We are reminded how, during his Arizona State University commencement speech in 2009, President Obama noted that ASU had refused to grant him an honorary degree and "joked" that "President (Michael) Crowe and the Board of Regents will soon learn all about being audited by the IRS."

The joke was not funny then and is less funny now. It was a predictor of administration behavior. Lerner's knowledge of and participation in planning to use the IRS as a political weapon, in coordination with the White House, is why she twice invoked the Fifth Amendment in her congressional visits, even as she was cooperating — or is it coordinating? — with Eric Holder's Justice Department.

Sounds like IRS targeting of the Tea Party to us. The president's defenders have told of rogue agents in Cincinnati and other tales while claiming that the trail doesn't lead to the White House. The missing Lerner emails might show a trail straight into the Oval Office.

A statement from the House Ways and Means Committee after Friday's announcement noted how implausible and convenient it was that the IRS computer crashed and lost Lerner emails from January 2009 to April 2011.

Due to the supposed crash, it said, the agency has only Lerner's emails to and from other IRS staff during this time. The IRS says it can't produce emails "written only to or from Lerner and outside agencies or groups, such as the White House, Treasury, Department of Justice, FEC, or Democrat offices."

Lerner was justifiably charged with contempt of Congress. The entire Obama administration is in contempt of Congress, the American people, the law and the Constitution. As in Watergate, more than a few individuals warrant prosecution and incarceration. But that would have to come from Eric Holder's Justice Department, an organization shown to be as corrupt as the IRS.

Watergate's John Mitchell was the first attorney general to be convicted and imprisoned due to illegal activities. We suggest that he shouldn't be the last.

Here's reasons why the IRS's claims are BS, from an IT professional: http://www.theblaze.com/stories/2014/06/13/veteran-it-professional-gives-six-reasons-why-the-irs-claim-that-it-lost-two-years-of-lois-lerners-emails-is-simply-not-feasible/