I guess they have a point, considering the fact that the President ignores the very immigration laws he swore to uphold.

Furthermore, with the likes of Obama, the Democrat Party, the unions, Jeb Bush, the RINO establishment, the Chamber of Crony Capitalism, vintage media, and the rest of the DC Ruling Class all agitating for open borders, I got to thinking.

Who in Washington stands with the American citizen?

That's a rhetorical question. No one but a few Constitutional conservatives like Ted Cruz and Mike Lee appear to be on our side. America's side. 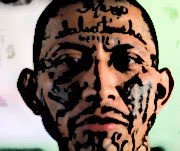 Well, I guess we can close the file on that particular issue.

Right then why is Mexico holding our Marine for crossing theeir border. I mean the Mexican ambassador says its not a crime.

By the way you ought to see how Mexico defends its southern border against all those non=criminals who seek to cross Mexico's border.

Every day I pray Mexico goes communist. Its the only way DC will take the southern border seriously.