Scandal: The IRS canceled a contract with an email storage contractor weeks after Lois Lerner reported lost personal files and before other IRS officials had their hard drives crash as Tea Party-targeting investigations began. 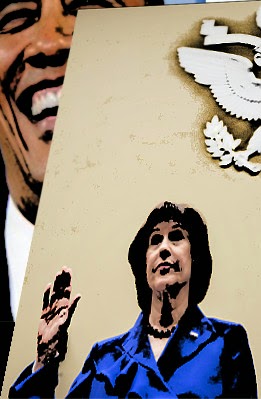 Timing is everything, the saying goes, and sometimes the timing of events is also very curious, as in the case of the lost emails of Lerner and at least six other officials at the very same time the IRS canceled its contract to back up and preserve those emails as required by federal law.

Lerner's computer supposedly crashed in June 2011, an alleged event the IRS concealed from the American public and congressional investigators for two years.

This event, which cannot be verified because her hard drive has since been destroyed and recycled, occurred just 10 days after House Ways and Means Committee Chairman Rep. Dave Camp first wrote a letter asking if the IRS was engaging in targeting of nonprofit groups.

This shouldn't have been a problem because, as the Daily Caller reports, the IRS had a contract beginning in 2005 with Sonasoft, an email-archiving company based in San Jose, Calif.

The company advertises that it provides "Email Archiving Done Right" and "Point-Click Recovery" and in a 2009 tweet boasted: "The IRS uses Sonasoft to back up their servers, why wouldn't you choose them to protect your servers?"

Perhaps this is what IRS Commissioner John Koskinen was referring to when in March testimony before the House Oversight Committee he assured Rep. Jason Chaffetz that the reason requested emails were difficult to provide was that IRS emails "get taken off and stored in servers."

Later we would be told that the emails were lost forever and, as we noted, Koskinen was lying in March, when he said they were somewhere, or in June, when he said they were nowhere to be found. Let us ponder another possibility: that the emails were taken off and stored in Sonasoft servers, emails that would be deleted when the IRS contract for their storage ended. They were not lost, but, in effect, deliberately destroyed.

As John Hinderaker points out on his Powerline blog, it makes sense that Sonasoft might have deleted records it was no longer obligated to keep and that indeed it may have felt it was required to do so.

It also makes sense that the IRS knew and wanted that to happen. That Sonasoft was storing emails from the IRS Tea Party-targeting periods may have been the reason that Lerner mentioned only the loss of "personal files" and not any emails.

Sonasoft's fiscal 2011 contract with the IRS ended Aug. 31, 2011. Eight days later, and about a month after Lerner's computer allegedly crashed, the IRS officially severed its relationship with Sonasoft.

Three months later, IRS official Nikole Flax, who visited the White House more than 30 times, had her computer crash with a similar loss of critical emails, something that afflicted at least half-a-dozen IRS officials in a chain of events that defies logic and the smell test.

Hinderaker has a suggestion that also makes sense: "It wouldn't hurt for a House committee to lay a subpoena on Sonasoft to learn more about the IRS' dealings with that company and make certain that it doesn't still have any IRS records."

As we have suggested, it would also make sense to subpoena the emails received by anyone on Lerner's contact list. The recipients would have copies of the emails they received from Lerner, incriminating emails whose destruction would be obstruction of justice to cover up a criminal conspiracy.