It seems like only hours ago that Barack Obama and his bumbling sycophants advisers were insisting that they could partner with Iran to stop the Al Qaeda-offshoot-slash-throwback barbarians known as ISIS.

In fact, it was only hours ago and yet it was instantly repudiated -- in stark and degrading terms -- by Iran's radical nut-job leaders.

Adam Kredo fills us in: 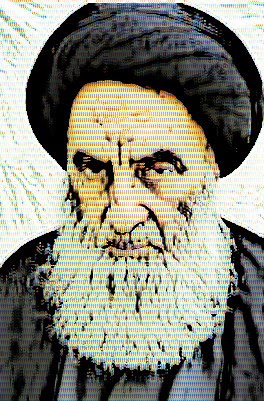 The head of Iran’s armed forces on Tuesday called the United States “supporters of terrorists” and warned the Obama administration against any intervention in Iraq, where extremist terrorists are seeking to depose the American-backed government.

Iran’s warning came less than a day after senior Obama administration officials expressed optimism about partnering with Tehran and signals that the White House may be misreading Iran’s intentions in Iraq.

The State Department in recent days has taken heat for ignoring its own warning about Iran’s efforts to destabilize Iraq. U.S. official have instead conducted a full court press to convince the nation that Iran and America have a “shared interest” in the region...

...Iranian General Hassan Firouzabadi, chief of staff of the country’s armed forces, slammed the United States and blamed former Secretary of State Hillary Clinton for sponsoring terrorist groups in Iraq and the region... Clinton’s State Department, the general claimed, “created terrorist groups” and is now “displeased with the results of the recent elections in Iraq and is cancel election results.”

Iranian officials say that they can handle the Iraq terror group Islamic State of Iraq and the Levant (ISIL) without any U.S. assistance.

Well, that appears to have been the fastest foreign policy bust in American history, though certainly not Obama's first encounter with utter and complete humiliation on the foreign stage.

Here's a hot tip for any Journalist who wants to make their bones, sell a million books, become a household name, and be an advisor for your movie. Pursue these scandals, expose Obama and bring it to the American people. You're the ones we are waiting for, just be willing, be first, and you may be able to make a career out of what you love best.

Serving our enemies is a curse from God, it is not an enviable foreign policy.

Is there no one who has the gust to ride in on a white horse and save America from this nightmare of a presidency? No one????????? You mean to tell me that out of all the politicians and patriots in this country - there isn't one or more that are willing to CRUSH this president and his administration into oblivion? COWARDS. You are all COWARDS. And, the worst kind of COWARDS. I hope you all die agonizing deaths - just like America.

Obama's outreach to Iran smacks mostly of strategic desperation. It is what an Administration does when it realizes its policy has failed and the damage to U.S. interests is becoming too obvious to hide from the American public. His abdication on Syria created a mecca for jihadists and his total withdrawal from Iraq created a vacuum for regional sectarians and Iran to fill.