By Bre Payton and Tori Richards

Veterans Administration hospitals have spent at least $420 million on solar panels and windmills while vets wait months — or even lay dying — to see a doctor.

In total, VA hospitals reported 23 deaths due to 76 instances of delayed care, an April 2014 VA fact sheet said. Then on June 5, Acting Veteran Affairs Secretary Sloan Gibson revealed that at least 18 Phoenix patients died while waiting for treatment on a secret list kept off the books. It is not clear if that number is in addition to the 23 deaths reported earlier. During the past month, the scandal has resulted in the resignations of both the VA secretary and the leaders of its health care component. 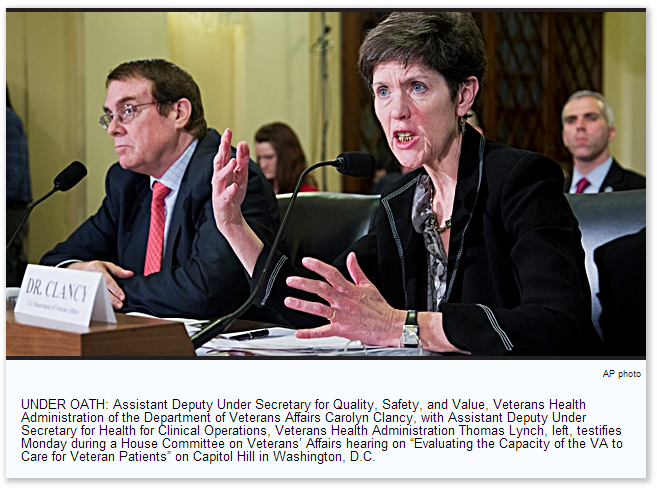 According to a June 3 audit, 100,000 veterans had lengthy wait times for appointments. Of the nation’s 216 VA hospitals, 37 percent will require further investigation.

A whistleblower revealed Tuesday that seven of the patients listed on the Phoenix VA hospitals waiting list are already dead. That same Phoenix facility spent $20 million to build the nation’s largest solar carport. Phase one of the project was completed in 2011. The hospital also had an $11.4 million shortfall that year, an Inspector General’s report stated.

Also in 2011, only 49 percent of first-time patients nationwide got a full mental health evaluation within the VA’s own goal of within 14 days after initial contact, the IG’s report said.

The Phoenix hospital is not the only VA hospital to have installed solar panels while hiding long wait times. Millions in stimulus funds were used to install panels on two facilities, one Albuquerque, N.M., and another in nearby Tucson, Ariz.. With the latter, the VA spent $14.7 million between 2010 and 2012 to install solar panels on the roof of its medical center. The contract was awarded to REC Solar, the sixth-largest recipient of stimulus funds from the VA.

During the time of the solar project, one patient at the Tucson, Ariz., hospital died of colon cancer after not getting a routine colonoscopy. That death was revealed in a fact sheet the VA released in early April after an internal investigation.

Ironically, Rep. Raúl M. Grijalva, D-Ariz., recently praised the Tucson hospital for its “exemplary services.” The Inspector General’s report gave the hospital three out of five stars for performance in 2013 while the Phoenix facility earned just one star.

Even though the epicenter of the scandal remains in Phoenix, Albuquerque, N.M., has come under fire recently for falsely stating wait times and manipulating statistics to receive bonuses.

A 2012 audit by the VA’s Southwest Health Care Network revealed that VA administrators have known about the fabricated reports for two years. That audit went public only after the Arizona Republic received the document in response to a Freedom of Information Act request.

During the time the VA was made aware that wait times were being falsified, it was spending nearly $15 million to fund solar panels for the hospital.

I am always searching for informative information like this. Thanks for sharing with us.Solar Panels for sale