UN-FLIPPIN-REAL: GOP Establishment has "no regrets about going all-in against flawed primary candidates"

Suffice it to say that when Karl Rove, Mitch McConnell, Haley Barbour and the rest of the Beltway hacks want to leak information to the outside world, they prefer the Democrat press release service called Politico. Just hours ago, Alexander Burns revealed the brilliant slash-and-burn strategy of The Architect™ and Friends.

Establishment-aligned groups have already spent some $23 million on independent expenditures propping up favored House and Senate candidates in contentious primaries... 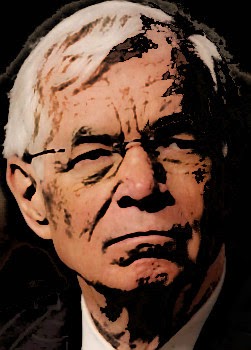 ...The scope of the effort to suppress activist-backed candidates has been broader and costlier than is widely understood, covering at least 20 House and Senate primaries ... [t]he loose coalition of establishment forces encompasses two dozen advocacy groups, industry associations and super PACs that have raised and spent millions on behalf of Washington’s chosen candidates.

Nearly a third of the establishment money has come from the U.S. Chamber of Commerce. The business lobby’s spending in this year’s toughest primaries has about equaled the $7 million that the conservative Club for Growth and the Senate Conservatives Fund have spent together on the most fractious elections — excluding races, like the Senate campaigns in Arkansas and Alaska, where there’s been no meaningful clash between establishment-sanctioned outside groups and the activist right.

And the $23 million figure isn’t even close to a full accounting of what D.C.-backed candidates spent to win their nomination fights. Candidates themselves, including Senate Minority Leader Mitch McConnell and Sens. Lindsey Graham of South Carolina and John Cornyn of Texas, have collectively spent tens of millions more from their campaign accounts.

Top Republican strategists and party officials say they have no regrets about going all-in against flawed primary candidates. In a perfect world, they say, the whole expensive ordeal would be unnecessary. With conservative outside groups routinely bumping off incumbent lawmakers and prized recruits, it’s simply the cost of doing business — now and perhaps for the foreseeable future.

Let me rephrase the salient sentence: Rove, Barbour and McConnell "have no regrets about going all-in against flawed primary candidates".

That would be Thad Cochran, an incumbent with 42 years in Congress, who literally has such diminished mental faculties that he couldn't even debate his opponent. Un-freaking-believable.

It's way past time for actual conservatives to cut ties with the entrenched gop establishment types. It's time to move on and this Mississippi race just proved it.

do these rinos expect middle class America to vote for such low life rinos .. nor to throw away money or votes for these undocumented democrat rinos