I'm walking downtown to go shopping and spotted a protest a block away in front of a private club. I stopped a passerby and asked what was going on. He said that Jeb Bush was in town and, as he is a Common Core advocate, they had come to register their opposition to the national curriculum.

I then walked over and spoke with some of the protesters. They were anti-Common Core and anti-Amnesty. 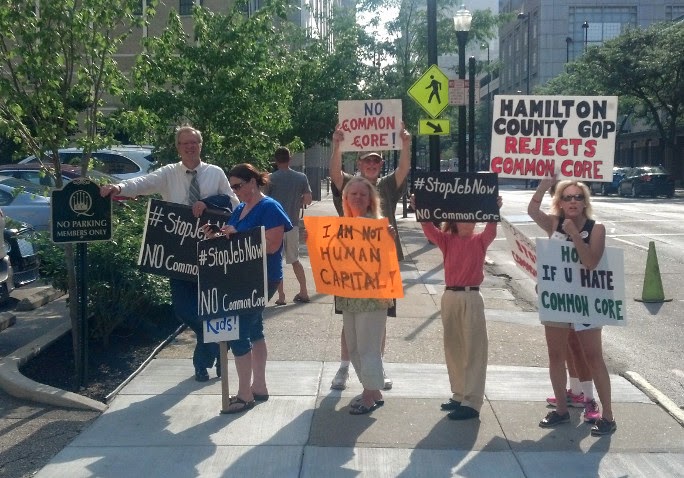 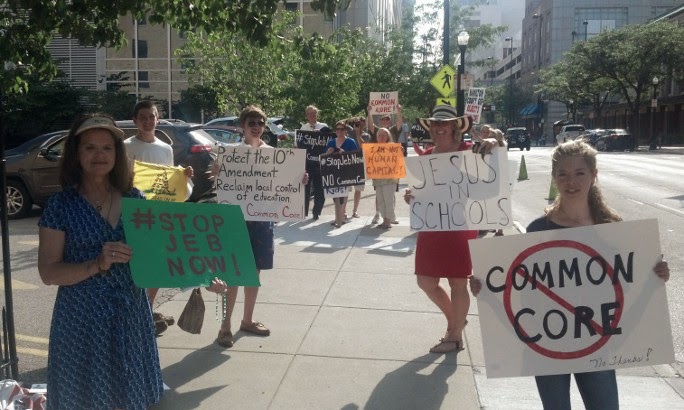 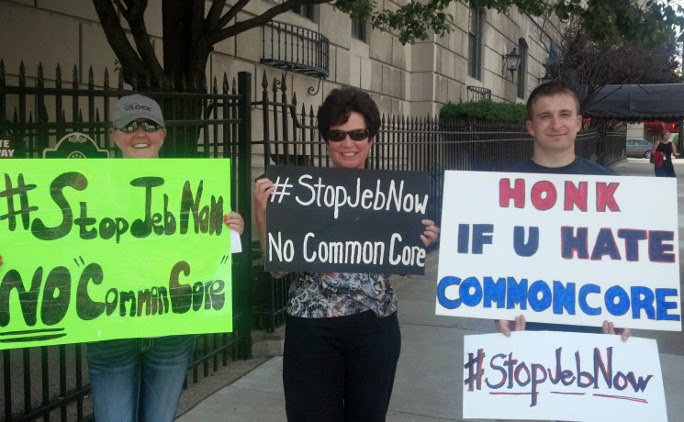 One of the protesters snidely remarked that they were there "doin' it for love".

The "Jesus In Schools" message probably hurts the greater anti-CC cause.

Common Core is nothing more than communist indoctrination of our children. It must be opposed and thrown out of our schools. If you are a parent of young children, tell your school board that you will remove them from that school if they promote Common Core. The only way to beat these communists is to refuse to participate in their anti-American programs. Parents have the power to tell government how they want their kids raised and what they want them learning, for now. Beware.

"...tell your school board that you will remove them from that school if they promote Common Core..."

And then _DO_ it! Learn what's necessary to recall your board members. Line up some possible replacements.