THE SCIENCE IS SETTLED: Only 40 Percent of Liberal Democrats "Proud to be American"

Perhaps they can emigrate to a country they're actually proud of: 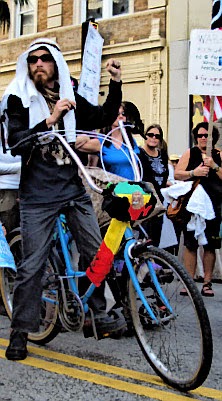 If you are a “solid liberal” in the United States, you are unlikely to be “proud to be American,” according to a new Pew Research poll.

According to a new Pew Research Center study, only 40 percent of consistently liberal Americans say they often feel proud to be Americans.

The poll results also show that only half of liberals see themselves as “typical Americans.”

The poll also shows many liberals don’t liken themselves to your average American. Just 51 percent say they feel as though they are ”typical Americans” — as compared to three-quarters of conservatives and at least two-thirds of all the other groups.

Don't these feelings strike you as both utterly bizarre and stunningly ungrateful? These Democrats are blessed to live in the greatest country on Earth; the most beneficent, charitable and opportunity-rich society in the history of the planet.

In little more than two hundred years, Americans empowered the individual; defeated slavery, Nazism, military Shintoism and Communism; refined mass production; invented human flight; created 75% of all medical innovations on the planet; put a man on the moon; invented the telephone, the Internet and the search engine; and advanced humankind in millions of other ways, in every field and endeavor.

Would that they would move there, permanently.

I suggest they move to a socialist country since this is what they desire instead of the freedom and Constitution of the United States.

In 10 or 20 years we'll check and see if they've done as well as they did living here.