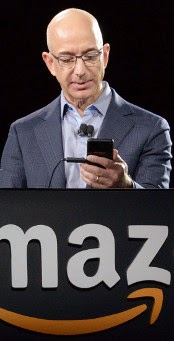 Did Obama not mention our Marine in his call today with Mexico’s President Nieto?: Gretawire
Iraq: Further Down the Rabbit Hole of Unknown Unknowns: MOTUS
The #Iraq War Comments @TheDemocrats Would Like You To Forget: Glob

QOTD: "Today’s news tells us that Senator John McCain is going to be stumping for Thad Cochran in Mississippi, in his Senate primary runoff with State Senator Chris McDaniel.

If put on a stage together, you could clearly see the status quo versus the remedy, the septuagenarians of spending versus the ferocious freedom-fighters, the impotent versus the potent, the problem versus the solution." --Jen Kuznicki

at 8:55 AM
Email ThisBlogThis!Share to TwitterShare to FacebookShare to Pinterest
Labels: Linkfest

I expect any day that the Left will acknowledge and thank W because it is evident now that he did not "go to war over oil", and neither did Cheney for that matter.
Meagan Kelly must have been having her period when she interviewed Cheney this week. Her approach was over the top and she seemed more like a water carrier for emotional liberal vitriol than an explorer of facts. And as for facts, W is to be commended for taking the war against terrorism to a place - Iraq - and defeating the enemy there. Make no mistake, they were defeated and it was incumbent upon BHO to carry these gains forward. Because he did not, succumbing rather to perfidy, America and the world lie at greater risk. When terrorists strike out of thin air... where will the battlefield be? When Liberty is blinded how will we box effectively? This is not success, it is being led to the slaughter.
One glaring omission in W's Administration was not getting out in front of the naysayers and defending himself. He needed to do that and one result would have been to silence the critics who now seek to conflate his Presidency with that of the Obama. There is no comparison. It is not Christian humility to be silent in the face of a vocal adversary, we have freedom of speech and we are expected to use it. The good from his tenure far, far outweighs the evil outworkings of the Pretender now occupying that Office.