MARK LEVIN TRANSCRIPT: Here's What I'm gonna do, Mitt Romney and Orrin Hatch, if you go after Mike Lee


You know what I've heard? On good authority, that Mitt Romney and Orrin Hatch want one of Mitt Romney's sons to go after Mike Lee in the Republican fight -- should there be one -- because they want to get rid of Mike Lee. 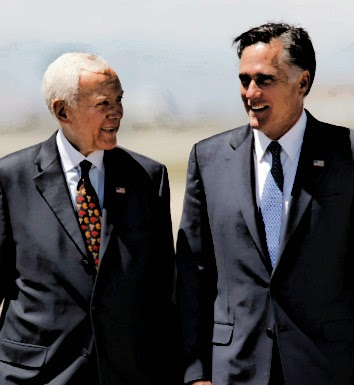 Who are the purists, exactly?

Who are the "Big Tent" guys, exactly?

Now let me tell you what I'm gonna do if these fools pull that. Listen to me, Orrin, I'm talkin' to you.

I'm going to go into your state and expose you. For your lies on this show.

I'm going to go into Utah, Mitt Romney, and expose you for the incompetent campaign you ran. The fact of the matter is, Mitt, while you play Mr. Nice Guy, you were behind the scenes trashing Republicans all the way to your "victory".

Let me tell you something, Mitt: You cost us. You cost us four years of Obama with your feckless campaign. Attacking one Republican after another in the primary... and it's like you surrendered in the general election. You're no Mr. Nice Guy... and, I know, the Republicans listening to me... folks, behind the scenes, this guy is trying to crush the conservative movement.

This "severe conservative"... he's going around the country endorsing every single establishment Republican he can against citizen candidates. It's time to wake up!

But if they... and you know I barely travel for anything... but if they.. I will go into Utah myself --and bring everyone I can find -- we will expose these people -- and let's have it out!

It's about frickin time Levin. If you'd been this honest and active while Romney was attacking Gingrich in the primary we would have had a real candidate with real conservative objectives who would have annihilated Obama in every debate. Instead of just whining about how our country is going to hell come down out of your ivory tower of words and join the action.