Another Hockey Stick Heard From: Now It's Oil Prices

FMX Connect, via Zero Hedge (PDF), publishes the critical digest of prices for energy traders. Today's edition spotlights the wonderful stewardship of the economy by the Democrats. Plus their willingness to explore new energy sources, so long as they're not oil, natural gas, coal or nuclear.

Prices had been rising for months on a combination of higher equities, a periodically weaker dollar and the vague assumption that an economic recovery was both coming and would be capable of lifting oil demand. Up until now, though, we have seen very little reason to believe that that demand had arrived or would arrive soon. That seems to have been the basis for selling over the previous five days. Inventories are high and demand had not yet reached high enough levels to eat into them. 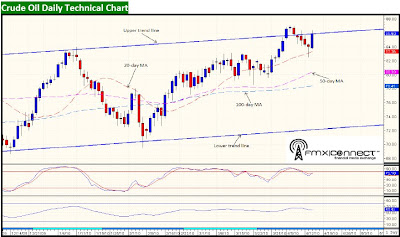 But the selling we had for five days, based on high inventories and insufficient demand, did not build up enough momentum to generate a serious thrust lower. This week’s report – while it still fails on all the really major, long-term tests for supply and demand – has given prices just enough fundamental support to kick the seasonal tendency for higher prices back into gear. As a result, it now looks like the seasonal may have found just enough fundamental buying to replace the flagging interest coming from equities and currencies to carry prices higher over the next few weeks.

All part of the Dems' masterful Cloward-Piven implementation plan.