Climatards Who Should Lead by Example: the Voluntary Human Extinction Movement 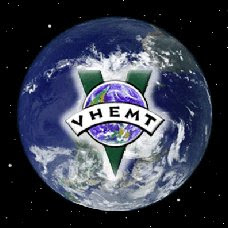 In the spirit of true progressive delirium, consider the website VHEMT.org, home of "The Voluntary Human Extinction Movement."

Its mission, in two sentences, is Al Gore's wet dream: Phasing out the human race by voluntarily ceasing to breed will allow Earth’s biosphere to return to good health. Crowded conditions and resource shortages will improve as we become less dense.

Never mind that the Ijakiedjjijdejsiaj volcano (okay, I admit it: I just hit a bunch of random letters rather than look up the real name) spewed out more ash and carbon dioxide than humanity over the entire span of recorded history.

Humanity's brief sojourn on Earth has, in a nutshell, been largely a force for good. Our quest for scientific discovery, civilization, and exploration has improved the human condition and, in many cases, the planet itself. We are part of nature's God and nature itself is part of us. VHEMT defies God and nature by vilifying the human spirit.

George Carlin was right when he said, "The planet isn't going anywhere... WE ARE."

Now, I would never encourage anyone to commit suicide, though in the case of VHEMT, they'd probably consider it a compliment.

But if you someday come across a VHEMT member who is, say, drowning, I would urge you to try to save that person, but not if doing so is in any way inconvenient for you.

What you discovered, my friend, is the real root of Modern Liberalism. I talk a lot about how they want to force everything to be "equal" as the basis of their belief system, but the deeper reason is they have a hatred for the humans.

Abortion at one end, population control and euthanasia at the other end, and making it harder for people to succeed and thrive in the middle is their modus operendi.

It's amazing that people like those in this organization (VHEMT) are allowed to procreate (or are smart enough to..)

Met a 'Shaker' lately. They made nice chairs, but no babies and eventually, no more Shakers.

I say, let them step forward and become the NEW PROGRESSIVE SHAKERS.

It's nice to set by example.