Rupert unleashes the dogs of war on Pinchy

Dan from New York writes, "If you haven't already, drop the Times, pick up the Journal."

NEW YORK – It might be the last great American newspaper war. And Rupert Murdoch intends to win it. 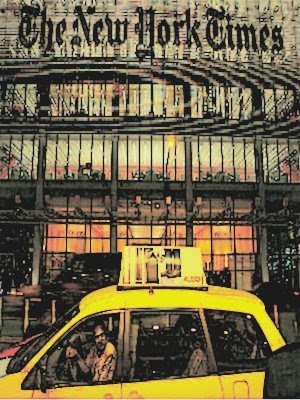 Although the new section will be available only in the New York City area, collateral damage could spread around the country. Both newspapers are jostling with each other, USA Today and regional dailies for readers. By dramatically lowering advertising rates in New York to undercut the Times, Murdoch's assault could leave both newspapers with fewer resources for other expansion plans.

... "The Times has a lot of readers and a lot of them are very loyal, long-standing folks. It's not going to be easy to peel off the Times' core constituency," says Dean Starkman, a former Journal reporter who writes for the Columbia Journalism Review. "As a business proposition, I think I'm with the majority of skeptics who think that this could ultimately damage both papers."

...Luxury retailer Bergdorf Goodman, a longtime prominent advertiser in the Times, plans to advertise in the new Journal section. "We're going to try it and see," spokeswoman Ginger Reeder says. "We always look for new ways to reach our customers." It's not yet clear whether Bergdorf will reduce its advertising in the Times.

Of course, the AP fails to note that the Times long ago ceased operating as a newspaper; today its content consists entirely of repackaged press releases from the DNC and Organizing for America.