Euro Pacific Capital: 'The economy is in worse shape than in 2008... credit risk in the U.S. is just as great [as] Greece' 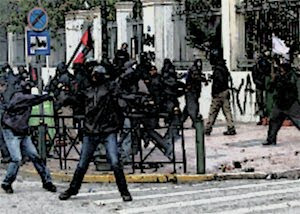 Today the rating agency S&P downgraded the debt of Greece and Portugal by two notches apiece, with Greece's paper now worth about as much as a handwritten I.O.U. issued by a Nigerian Oil Minister. Greece is demanding that the International Monetary Fund and its European Monetary Union partners cough up a paltry $60 billion, while its public sector unions are helpfully rioting rather than working to enact austerity measures. In that respect, they're kind of like the SEIU, only with gyros for lunch.

The reaction back in the States was swift, with the Dow tanking 213 points as investors realized that our economic situation is, in the words of Carl Levin, really "s****y". U.S. federal and state debt levels, exacerbated by brilliant spending programs like cash-for-clunkers, basically mimic those of the poor European states.

Peter Schiff, president of Euro Pacific Capital says that 2008's correction was only the wake-up call.

"A lot of people were confused – they thought the market going up was somehow ratifying what the government had done – that the stimulus and bailouts were good and the economy was improving – it's not," Schiff says. "The economy is in worse shape than in 2008." 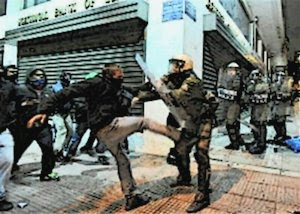 Rather than resolved the crisis, all we've done is papered over problems in the banking system with "phony accounting" and "dug ourselves deeper into debt," says Schiff, a longtime deficit hawk.

The crisis of 2008 was merely the "overture" to the "real crisis" Schiff (still) sees coming: "The real crisis is going to be a currency crisis, a funding crisis, a sovereign debt crisis – and that's when we have to pay the piper," he says. "We're in very bad shape. Sovereign credit risk in the U.S. is just as great -- if not greater than [in] Greece."

"...In the short run, markets are typically wrong – they do the wrong thing. In the long run, the fundamentals win out... The fact the dollar is rising when it should be collapsing doesn't surprise me... it makes perfect sense; they same thing happened with dot.com stocks and condos in Vegas. The dollar is just as flawed and will collapse – it's only a question of when. The longer it takes to fall, the bigger the drop."

Schiff is concentrating on tangible assets and commodities like precious metals, oil and other hard goods scattered throughout the world. As if to confirm his assessment, gold hit $1,165 an ounce earlier in the day. 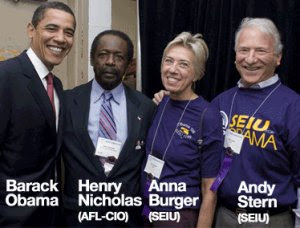 A few more delays in getting aid to Greece by the IMF-Euro consortium will lead to the chain meltdown of Portugal, Spain and Italy. Because while a single small country like Greece could potentially be salvaged, there will be no one to backstop an additional failing country -- or three.

Now that sort of thing could never happen here, because our beloved President and Democrat-controlled Congress are strong believers in the free market; they try to help businesses by minimizing the liability effect of trial lawyers; and they do their best to suppress the spread of unions -- especially the kind of public sector unions that are crippling Europe.


Update: Mish: "Given that the European Commission has been 100% wrong 100% of the time in its ability to yap away the problems in Greece, I take the opposite side of 'Greek Debt Crisis Won’t Spread Through Europe, Officials Say'."