The White House is seeking to control every facet of administration messaging by legacy media. 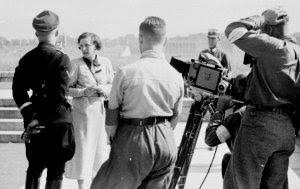 During that meeting with the press corps, Gibbs offered correspondents a no-background policy, in which the White House would only give on-the-record interviews if reporters promised not to cite unnamed sources, he explained to host Howard Kurtz in an interview on "Reliable Sources."

"I think we could all put what we want to say to the American people and to the news media all on the record," he said. "I've offered to end it. But it's got to be a two-way street."

The news arrives as tensions between the White House and its devoted correspondents are growing, in part because of the minimal access they had to last week's Nuclear Security Summit. Those reporters recently sat down with Gibbs to share their concerns in a meeting that lasted well over an hour.


Update: "WH Sources: Help Us Rahm, You're Our Only Hope"