Same Chicago Pol Who Took $1 Million From Goldman Uses Staged SEC Attack to Save Kittens and Raise Money, But Mostly to Raise Money

In order to press the case for "financial reform", President Obama appears to have coordinated a Pearl Harbor-style attack on his long-time supporters at Goldman Sachs.

Campaign contributions from Goldman Sachs employees to President Obama are nearly seven times as much as President Bush received from Enron workers... 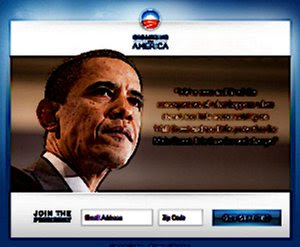 President Bush's connections to Enron were well-hyped during the company's accounting debacle that rippled through the economy. Time magazine even had an article called, "Bush's Enron Problem." The Associated Press ran with the headline, "Bush-backing Enron makes big money off crisis." David Callaway wrote that Enron for Bush was worse than Whitewater for Clinton.

In 2002, the New York Times wrote: "President Bush is seeking to play down his relationship with Enron's embattled chairman, Kenneth L. Lay. But their ties are broad and deep and go back many years, and the relationship has been beneficial to both."

And Goldman's been a continuing haven for Obama staffers. His first White House counsel, Greg Craig, joined Goldman and chief of staff Rahm Emanuel received $35,000 from the investment bank as a consultant. And Mark Patterson, a Geithner staff member, was a Goldman lobbyist shortly before joining the Treasury Department.

Michelle Malkin observes that after collecting seven figures-plus, the President's bizarre political action group (a more jaded observer would term them "Brownshirts") is using the Goldman fiasco to -- wait for it -- raise money.

The DNC/Organizing for America is at the ready to milk the new campaign for all its worth. Message from Obama: Hey, America, I’m fighting all the evil fat cats who funded my presidential bid. Now, send me more money!

President Obama is bringing his war on Wall Street to the enemy’s turf... He’ll make his pitch for financial reform in the heart of lower Manhattan Thursday – even as his team make hay of the Goldman Sachs fiasco with a tech savvy appeal to Democratic donors.

Internet surfers who entered “Goldman Sachs SEC” into Google were directed to the president’s campaign Web site via a sponsored link titled “Help Change Wall Street.” The White House’s political arm paid for the keywords — but would not say how much.

The tactic provided the latest evidence of how Obama and the Democratic National Committee are using the Securities and Exchange Commission’s bombshell fraud suit against the financial giant to push financial-reform legislation through Congress.

There are no coincidences in Chicago-on-the-Potomac.

And a word for Goldman: if you lie down with Democrats you'll catch far more than fleas.

Listening to Gibson on his radio show, heard this interesting tidbit; every time you go to Google and type in "goldman sachs sec", at the top of the page is a link called "Help Change Wall Street."

When you click on the link, Google charges the Democrats 20 bucks.

Pretty cool, huh? It's got cookies...so if you want to hit them twice you'll have to make sure you get a new IP address and delete cookies before hitting them again.
.