Aren't public sector unions cool? Greece about to go KA-F***ING-BOOM and take out the rest of Europe with it

Global Economic Analysis -- Mish's site -- has performed yeoman's work in a series of posts illustrating what's around the corner for Greece. My prediction, like that of Clubber Lang, is: pain. The troubled country is dominated by public sector unions, which have steadfastly refused pay cuts or austerity measures, though Europe's very economic survival hangs in the balance. 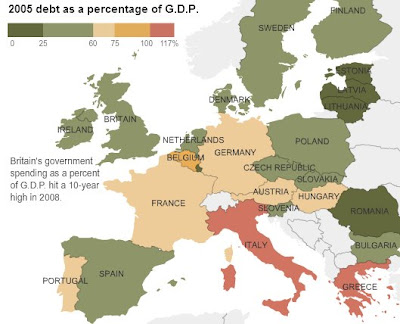 Greece's story will have a series of European Vacation sequels as Italy, Portugal, Spain and other countries also tremble under the strain of crushing debt. 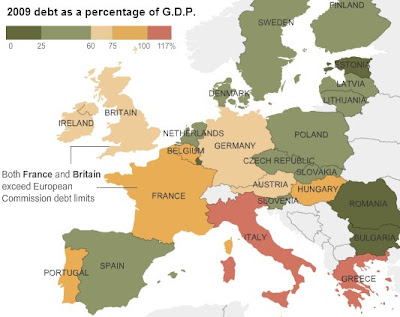 It was revealed on Thursday by EuroStat (the EU's statistics office) that Greece's 2009 budget deficit was far worse than originally believed. The rating agency Moody's promptly downgraded the government's debt and investors piled into the dollar and other vehicles believed safe from the ruinous mountain of soon-to-be-worthless bonds. 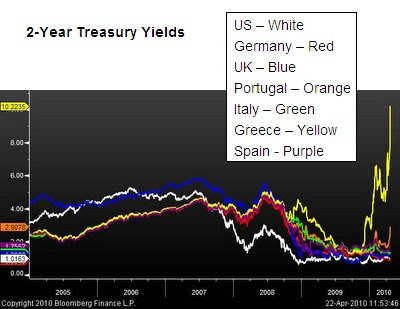 The two-year bond yield for Greek debt spiked by four percentage points in just minutes -- to 12-1/4 percent -- as the crying need for an immediate bailout became obvious. In fact, on May 19th, the Greek government will have to refinance €8.5 billion ($11.3 billion).

Worse still, it's apparent that both Greece and the EU have conspired to hide the former's true deficits. In short, the debt continues to rise and no one -- least of all the pointy-headed bureaucrats at EuroStat -- seem to know where the true bottom really lies. 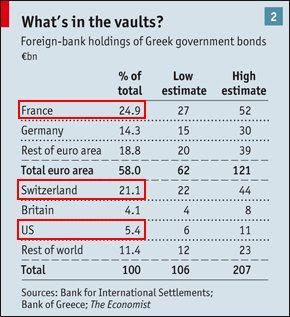 As for the ripple effects, Mish states that Greek banks "hold €38.4 billion-worth of the government’s bonds [or] almost 8% of their total assets. A big write-down in the value of those bonds would leave the banks crippled. But around 70% of Greek government bonds, €213 billion-worth, are held abroad, mainly elsewhere in Europe."

In other words, prepare for a massive shock wave that even the deficit-ridden U.S. won't be able to withstand. 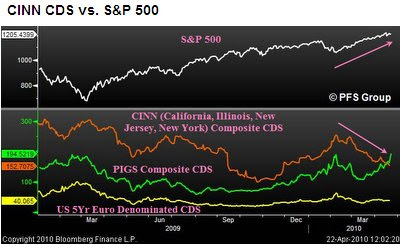 The final sequel is scheduled to take place here in the United States, as the President and the most irresponsible Congress in American history have proposed immense budgets that will increase nominal debt to 100% of GDP. The good news: we won't get to that level of debt, because our economic system will have collapsed long before that threshold is reached.

And it's not just the federal debt we have to worry about. The U.S. has its very own set of spendthrifts. Mish's friend Chris Puplava -- who provided the bond yield graphs -- calls it the CINN group (California, Illinois, New Jersey, New York). 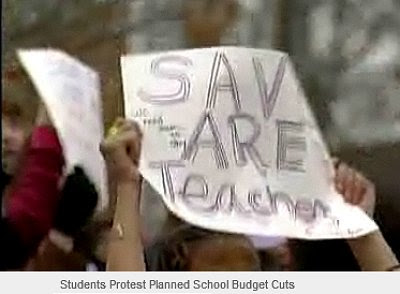 It's times like these when I'm thankful I never dismantled my Y2K shelter located 35 miles north of the city, equipped with full wet-bar.